Sana Khan Dabbles Into Delightful Double Trouble With Polka and Fringes All in One Perfect Look! 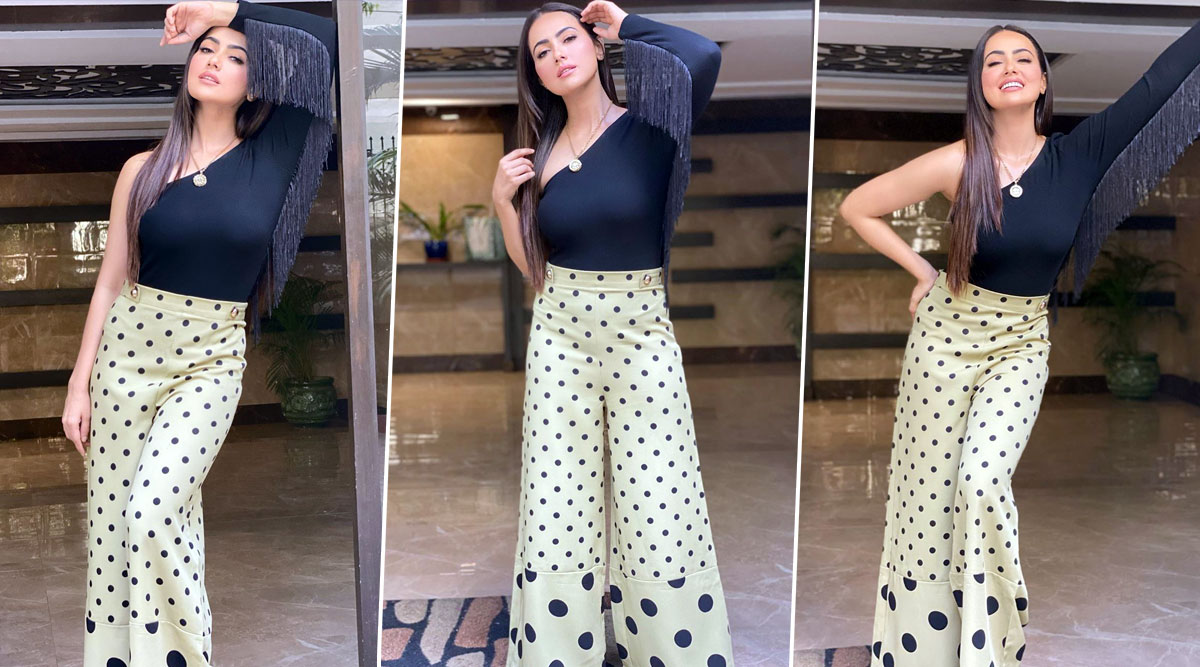 Instinctual style is rare in the fashion riddled tinselville. While most are carefully curated versions of their fashion stylists, there are a few who go on display their innate styling sensibilities without any stylist in tow. Sana Khan is one such beauty who takes pride in styling herself, doing a fabulous job at that! This cutesy girl-next-door with an infectious persona and an affable charm shot to fame with Bigg Boss 6. Having dabbled into acting, modelling and dancing, Sana has appeared in Hindi, Malayalam, Tamil, Kannada and Telugu language films, TV commercials. Sana Khan took to the trusty spotted trend of polka dots and blended them seamlessly with a one-shouldered fringed top. Needless to say, the wondrous melange of the two raging trends is what sets the self-styled beauty apart from the rest. The ensemble was from the celebrity-endorsed label, Appapop. Sana elevated the look with a sleek beauty game.

A testimony to Sana Khan's fame is an impressive fan following of 3.1 million on Instagram and a beauty endeavour called Faces Spa by Sana Khan. Sana was on a promotional spree for her stint on the digital platform, Hotstar titled Special OPS. An espionage thriller series created by Neeraj Pandey for Hotstar's label Hotstar Specials with Kay Kay Menon leading the cast. Here is a closer look at her style. Sana Khan Paints a High Waist Denim Skirt Story and It’s Every Bit Chic!

Black one shoulder fringed top was tucked neatly into a pair of high waist polka dot wide bottom pants. A necklace, sleek hair and subtle makeup completed her look. Sana Khan Ushered the Spring in a Colourful Mood, Her Candy Dress Is Playful and Perky!

Sana Khan will be seen in Tom Dick & Harry 2, an upcoming comedy film directed by Deepak Tijori and sharing screen space with Jimmy Sheirgill, Aftab Shivdasani, Sharman Joshi, Pooja Chopra and Amyra Dastur. The film is a sequel to the 2006 film Tom Dick and Harry, a story about three deaf, dumb and blind men.