In a fresh episode, even actor Rajat Kapoor has been accused of sexually tormenting two women! 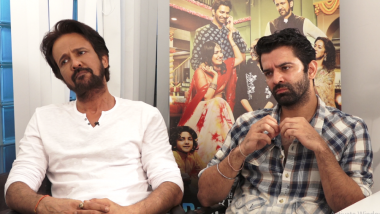 Ever since Bollywood star Tanushree Dutta decided to revisit the sorry episode of what happened with her a decade ago, and levelled sexual harassment charges against Nana Patekar, fresh cases involving sexual misconduct are coming out and are being discussed. Queen director Vikas Bahel has been accused of sexually harassing a woman employee of the company Phantom Films that he co-owned with Vikramaditya Motwane and Anurag Kashyap.

In a fresh episode, even actor Rajat Kapoor has been accused of sexually tormenting two ladies. Sandhya Menon, who has been the crusader for truth in #MeToo movement,  posted screenshots of two women that she received on Twitter. One of them, as reported, a journalist, has accused actor Rajat Kapoor of crossing the line professionalism and asking for her body stats during an interview.  Even Tisca Chopra, best remembered for her unforgettable character in Aamir Khan's Taare Zameen Par decided to share her #MeToo episode. Rajat Kapoor Had Spoken About #MeToo Before Sexual Harassment Allegations Haunted Him! Watch Exclusive Video

In our exclusive conversation with Bollywood veteran Kay Kay Menon and Television's popular lad Barun Sobti, we asked the most important question. Why The Industry doesn't stand together to condemn the wrongdoings? Here's what the two had to say in response!

Kay Kay Menon and Varun Sobti's responses were worth ruminating over. It is unfair to paint any industry as ruthless and insensitive just because the people who belong to the place want the judiciary to handle the matters with much efficiency rather than resorting to a media trial and thereby seek validation from people.

(The above story first appeared on LatestLY on Oct 08, 2018 11:03 PM IST. For more news and updates on politics, world, sports, entertainment and lifestyle, log on to our website latestly.com).