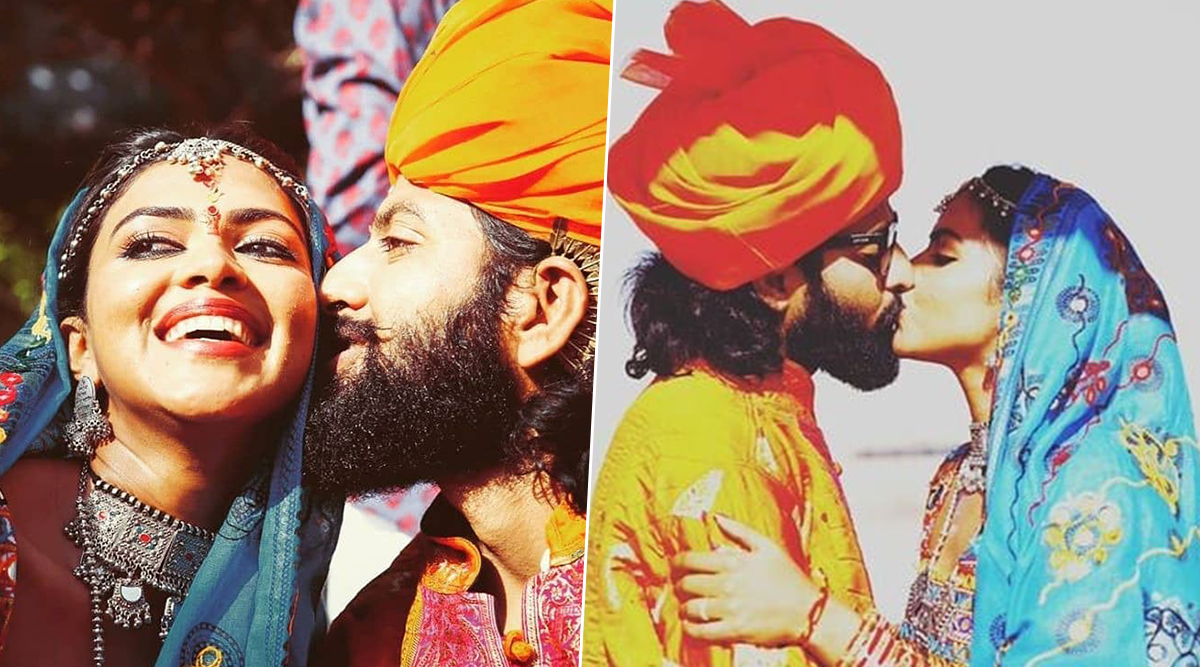 South actress Amala Paul recently got married to her boyfriend, Bhavinder Singh. The popular star got hitched to him a week ago, in a secret ceremony. Soon, the pictures of their wedding ceremony went viral on social media, confirming the wedding rumours. Now, fans are speculating that the couple has already headed towards a break up! The reason is Amala's cryptic Instagram posts. Amala Paul Slams Reports About Dhanush Being the Reason Behind Her Divorce with Director AL Vijay.

The Aadai actress shared two Instagram stories which are sad scenes from  different movies. The 'movie quotes' shared by her rather got fans wondering whether her marriage is already in troubled waters. She also posted a video with her cat amid this. On the other hand, Bhavinder has deleted all their wedding pictures reportedly. Check out the stories posted by the actress. 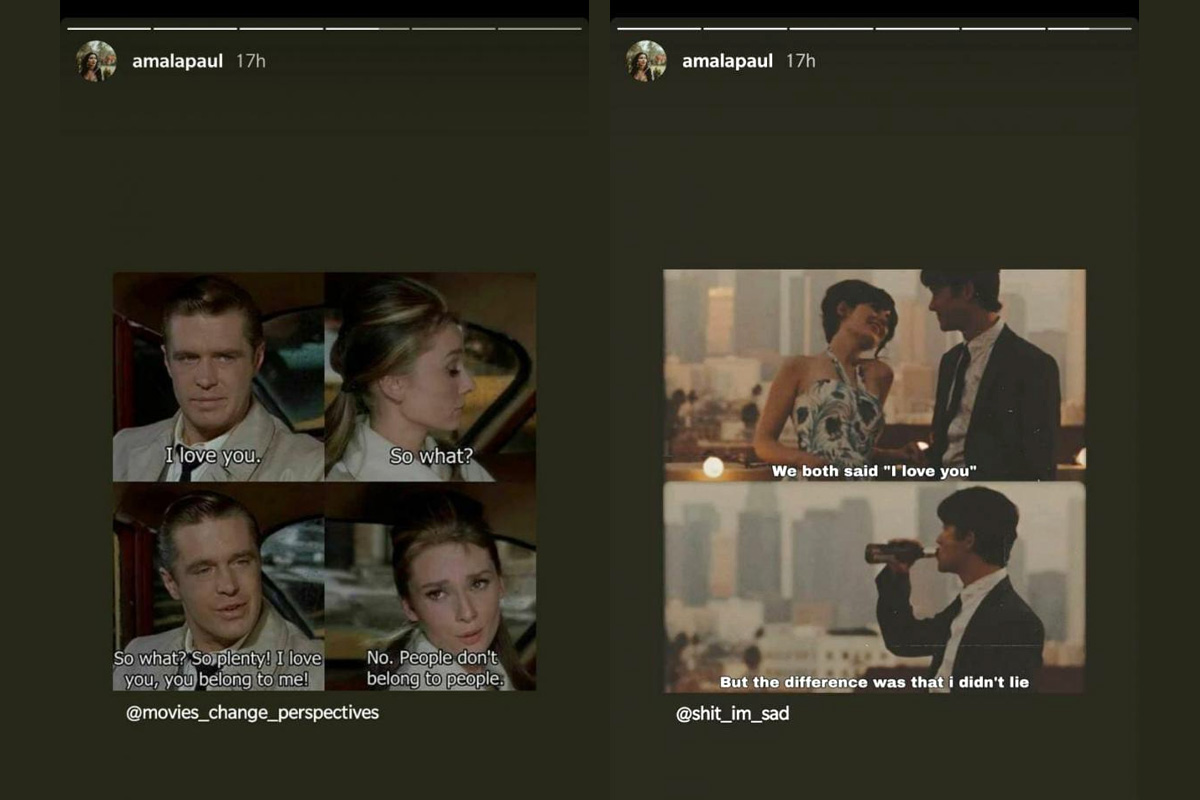 Amala got married to the Mumbai based singer. Even though she has been super secretive about her relationship, the wedding snaps could not escape social media feeds. In fact, her husband even recently made his Instagram account private after a few pictures of them went viral.

Earlier, the 28-year-old beauty was married to the well-known director, AL Vijay. They got hitched in 2014 and separated in 2016. Regarding these Instagram stories, they could be just her love for those movies and nothing else. It has to be seen whether she comes up with any explanation or clarification on the same, after she stumbles upon these rumours.