Mohanlal and Trisha Krishnan Starrer Ram Is Suspended Due to the Pandemic and Not Shelved, Clarifies Director Jeethu Joseph 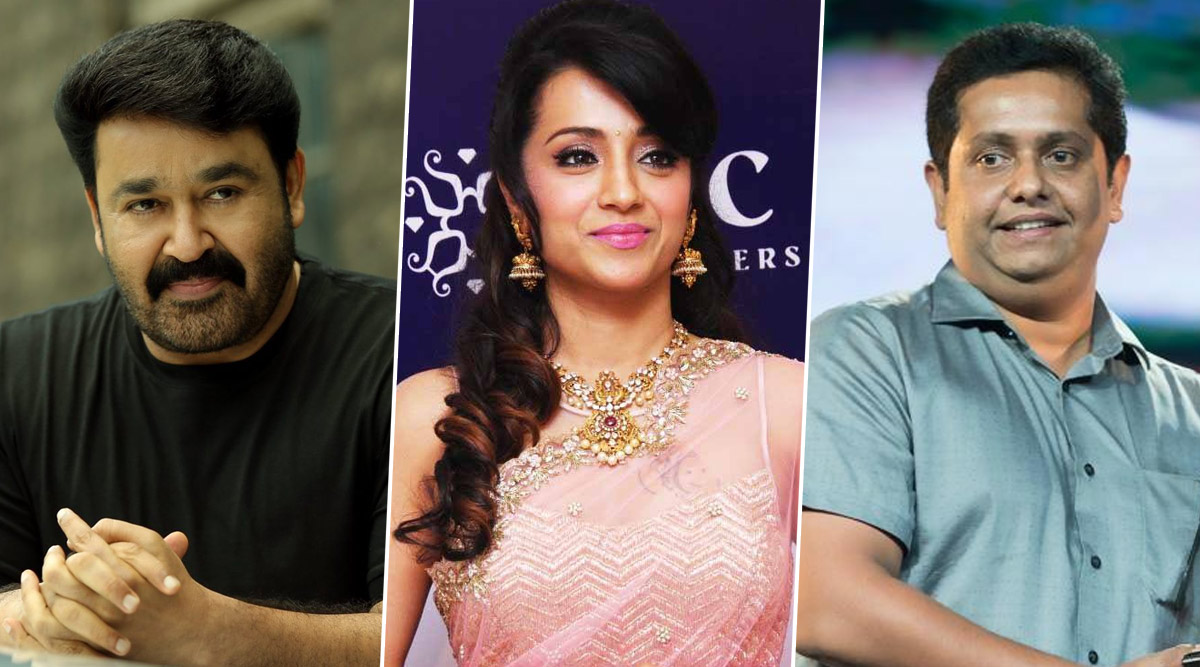 After working with Mohanlal in the 2013 film Drishyam, Jeethu Joseph had confirmed last year that he would be teaming up with the Malayalam superstar once again for a high budget thriller titled Ram. It was the lead actor who had reportedly suggested Trisha Krishnan’s name for the role during the casting process. The shooting of the film had kicked off earlier this year, but had to be suspended owing to the coronavirus pandemic. Then the rumours started doing rounds that the film Ram has been shelved. Director Jeethu Joseph took to Facebook and has clarified that the film has been suspended owing to the ongoing crisis and not shelved. Ram Poster: Mohanlal Reveals The Title of His Next Film With Jeethu Joseph After Drishyam (View Pic).

The statement issued by Jeethu Joseph on the upcoming movie Ram read, “In the last two-three days, I have been getting calls and messages asking whether I have shelved my Mohanlal movie ‘RAM’ and planning another project. We had to stop the work of ‘RAM’ due to the spread of COVID-19 Virus, but it will resume shoot once the virus threat is down in the UK and Uzbekistan. Since Kerala is one of the few places in the world where Corona has been controlled effectively, it is likely to start the shoot early here. Considering this possibility, in the meantime, I am thinking of a film which has its shoot entirely in Kerala but this doesn’t mean in any way that I have abandoned the project ‘RAM’. It’s just being delayed due to the circumstances. Jeethu Joseph.” Drishyam 2 Confirmed Ahead Of Superstar Mohanlal’s 60th Birthday!

The movie Ram is produced by Ramesh P Pillai and Sudhan S Pillai under the banner of Abhishek Films. About this film, Jeethu Joseph had earlier told TOI, “It has heroism and aspects that would appeal to the ‘mass audience’ but it won’t be a conventional ‘mass’ film. Mohanlal won’t be doing over-the-top action sequences or playing a larger-than-life character in the film, because realistic elements are what forms the core of the movie.” The makers have postponed the release of this film to next year. The release date is yet to be confirmed.