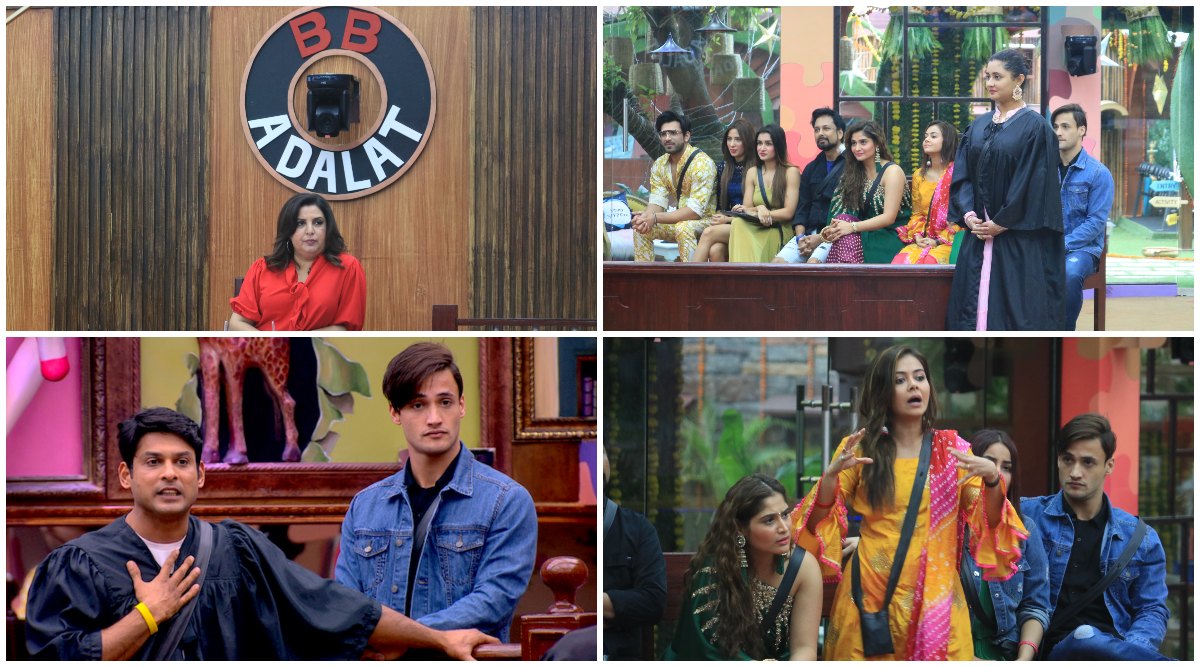 A night to remember! After celebrating Diwali with great jest, contestants wake up to the famous song, 'Mere tumhare, sab ke liye Happy Diwali'. Homesick and terribly missing their families, they hug and greet each other for the festival. Still recovering from the major lashing given to them by Salman Khan, the contestants make use of their time trying to sort misunderstandings and create a positive atmosphere. Shehnaaz Gill and Rashami Desai, have a conversation where she explains to the latter about why she lost her cool and how she got provoked by Shefali Bagga. In another room, Devoleena Bhattacharjee is seen talking to Arti Singh, about how she looks like a follower and not a leader. Bigg Boss 13 Midnight Eviction: Mahira Sharma, Arti Singh, Siddhartha Dey – Who Will Bid Adieu to Salman Khan’s Reality Show (Watch Video)

While contestants are busy with their daily routine, Bigg Boss announces the task for the day,  BB Adalat. The entire house is turned into a courtroom and the contestants are divided into two teams, namely, Shuklas and Desais. Shuklas have Shehnaaz, Asim, Arti and Devoleena whereas Desais have Mahira, Paras, Shefali and Siddhartha Dey. After each buzzer, they have to present a case in front of the special judge and she will decide which case she will take up and solve. The contestants have to make sure that maximum cases are ruled in their favour.  Popular director, choreographer and ex-host of Bigg Boss, Farah Khan enters as the special judge and begins the hearing. Sidharth Shukla and Rashami Desai are the lawyers for their individual teams. Bigg Boss 13: Did Rashami Desai’s Tantrum Made Guest Farah Khan Leave the Task Midway? (Watch Video)

There on, begins a series of accusations and defending. The first accusation is from Rashami’s team on Asim for being abusive over a petty matter like tea. Both the parties dig out some muddas and are successful in proving that Asim was abusive. The second accusation is from Rashami's team against Sidharth Shukla, on how he gets very aggressive. Farah Khan gives a clear picture to Team Rashami that they gang up against Sidharth Shukla and make an issue out of any petty statement. Bigg Boss 13: Rashami Desai and Asim Riaz Get Into a Verbal Spat Over Household Chores (Watch Video)

Team Rashami refuses to agree and gets a little offended on it. To everyone's surprise and to prove a point Rashami also flips a mug kept on Farah's desk to make her realise how they feel when Sidharth Shukla gets aggressive. Farah decides to give a fair verdict in favour of Sidharth Shukla. In the third case Shuklas accuse Rashami Desai of being diplomatic and double-sided. Farah also questions the unusual relationship between Sidharth Shukla and Rashami Desai and on that note she decides to dismiss the case. How will Farah give justice to the housemates? Will Rashami and Sidharth Shukla mend their ways?