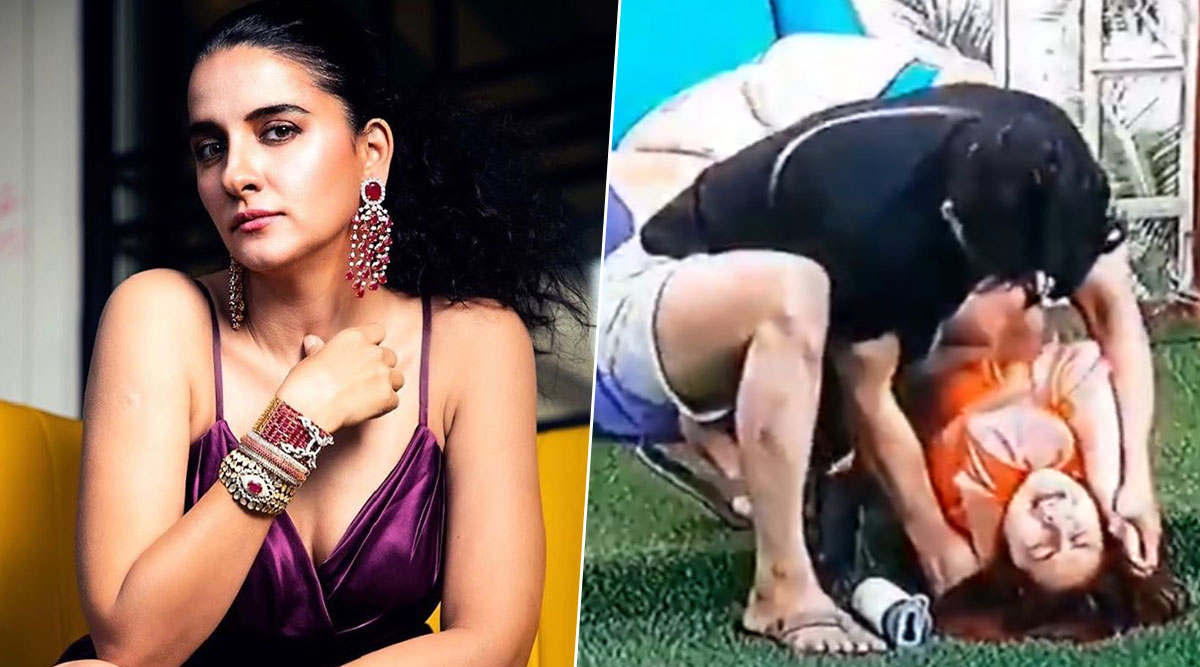 Till now, a lot has been reported about Sidharth Shukla and Shehnaaz Gill's on and off banter from the Bigg Boss 13. But what we saw during last night's episode, was totally gross and in one word was 'physical abuse'. Well, if you have not got the context here, let us tell you, we are talking about none other than #SidNaaz (fans fondly call them). Elaborating on the same, Sidharth was seen provoking Shehnaaz in front of Mahira Sharma. This did not go down well with Sana and she broke down. But that's not the thing as later it was Shukla who was seen in the garden area twisting Gill's arms while his one leg was on her stomach. This particular clip has gone viral on the web and fans have slammed Shukla tagging him a psychopath. Bigg Boss 13: Reality Show Normalising Physical Abuse? Here's What Netizens Feel As Shocking Videos Of Sidharth Shukla And Shenaaz Gill Go Viral.

Not just netizens, many celebs have also slammed Sid's behaviour. Voicing her strong opinion and joining the bandwagon now is none other than actress, Shruti Seth. Taking to Twitter, Seth also expressed her two cents on the incident and took at a dig at the channel for promoting such kind of 'barbaric violence' on national TV. That's not it as she also added that how Sidharth needs medical treatment. Bigg Boss 13: Salman Khan Refuses To Meet Arhaan Khan After His Eviction?

What the hell is this???

Why are we promoting this kind of barbaric violence in the name of entertainment?

So, as an avid viewer of Bigg Boss 13, what's your take on Sidharth Shukla physically abusing Shehnaaz Gill on a reality show? Do you think it's correct? Or do you feel it's a rigged game by the makers of the show? Let us know your thoughts in the comments section below. Stay tuned to LatestLY for all the updates from BB 13!