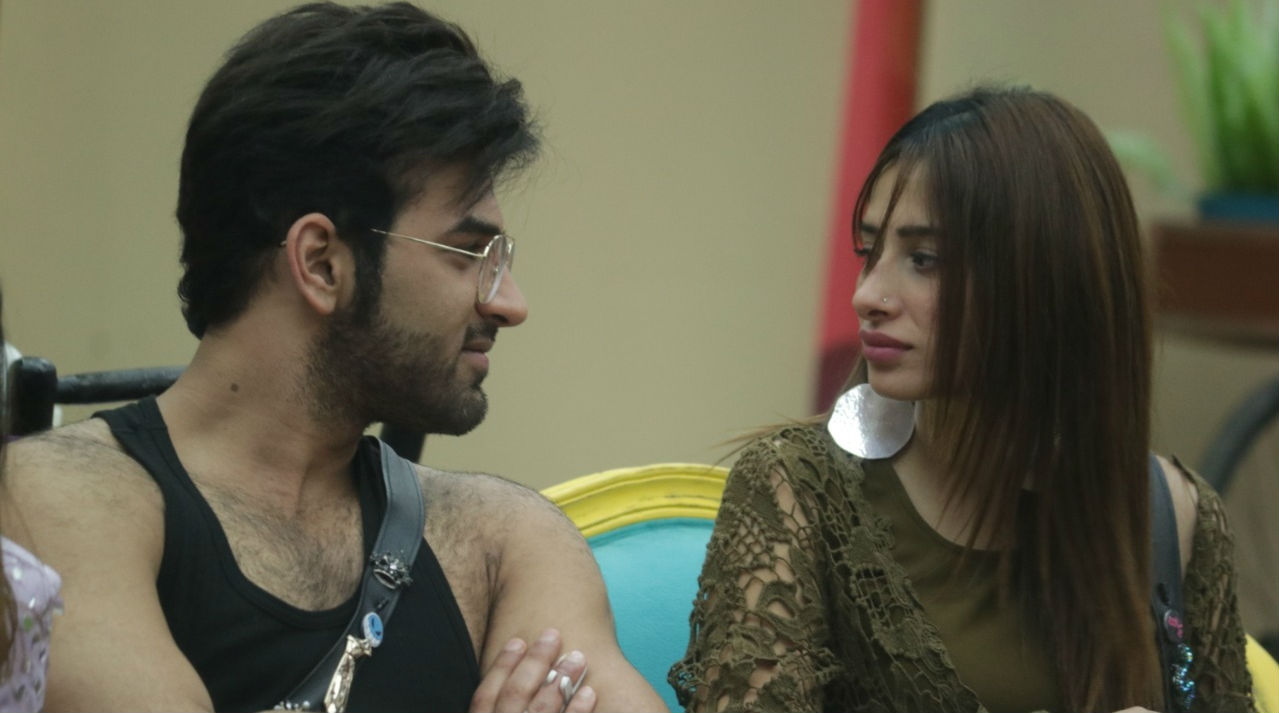 Mumbai, January 8: "Bigg Boss 13" is getting interesting with each passing day. Now, actor Sidharth Shukla noticed a love bite on Mahira Sharma's neck, which made her blush.

In the recent episode, Sidharth, on noticing a mark around Mahira's neck asked her whether it was a "love bite", thus, hinting that if it was given to her by Paras Chhabra. Bigg Boss 13: Arhaan Khan Slammed by Netizens for Posting Rashami Desai's Pix.

Noticing a hickey on Mahira's neck, Sidharth called out to her and asked: "Yeh love bite hai?". Mahira blushed and replied that the mark is of an allergy she is suffering from. Shefali Jariwala also took a closer look at Mahira's neck, and said: "It's 2,000% a love bite."

When Mahira continues to defend her hickey as an allergy, Sidharth teased her saying "Aise umar mein bahut allergies hoti hain. Humne toh kabhi kabhi ball bhi lag jaati thi" ("One gets many similar allergies at this age. Sometimes we used to get hit by a ball").

It happened when all the housemates were sitting in the living room waiting to hear an announcement by Bigg Boss. Bigg Boss 13: Reality Show Normalising Physical Abuse? Here's What Netizens Feel As Shocking Videos Of Sidharth Shukla And Shenaaz Gill Go Viral.

During the episode, Mahira continuously denied it was a love bite and called it an allergy or infection. Sidharth mocked her, saying that her mother would have also seen how the infection happened or the virus attacked her, which remark made Shefali and Paras burst into laughter.