Bigg Boss 13: Wait, What! Is That A Mobile Phone Behind Mahira Sharma In This Photo? 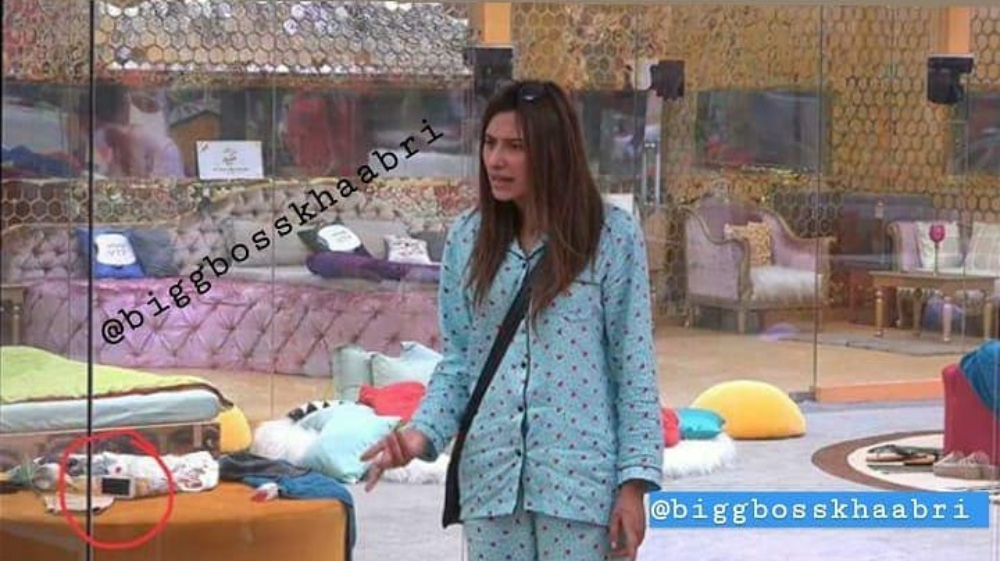 In a picture that is going viral on social media, we can see a mobile phone inside the Bigg Boss house (Pic credit - Twitter)

Every Bigg Boss contestant signs an iron-clad contract before they set foot inside the house. This legal document includes multiple clauses, the weekly remuneration and the rules of the house. Each contestant has to follow these rules, failing to do so can cause them legal trouble. However, time and again we have seen the participants go against the regulations in the past. For example, physical violence is a big no inside the Bigg Boss house. But then we have seen how so many contestants have gotten away by laying their hands on a co-contestant. Now, on Bigg Boss 13, we are seeing one more example of the showrunners going against their own format.

In a picture that has gone viral on social media, one can see a mobile phone on a bed inside the Bigg Boss house. The phone is seen right behind contestant, Mahira Sharma. The whole point of having a show like Bigg Boss is that the contestants who take part in it have no contact with the outside world. So much that they don't even have a clock inside the house. So the fact that there is a what seems like a mobile phone inside the house is surprising. Bigg Boss 13 Day 102 Highlights: Bigg Boss Welcomes Live Audience Into The House.

It could be a possibility that this phone was sent in the house as a part of a task. So obviously it won't have any sim card or any media files like pictures and videos. A mobile phone company is one of the sponsors of the show, and we have seen mobile phones in promotional tasks. So it could be just that for all we know. While the photo is making a lot of noise on social media, there has been no official statement from the makers about this yet.