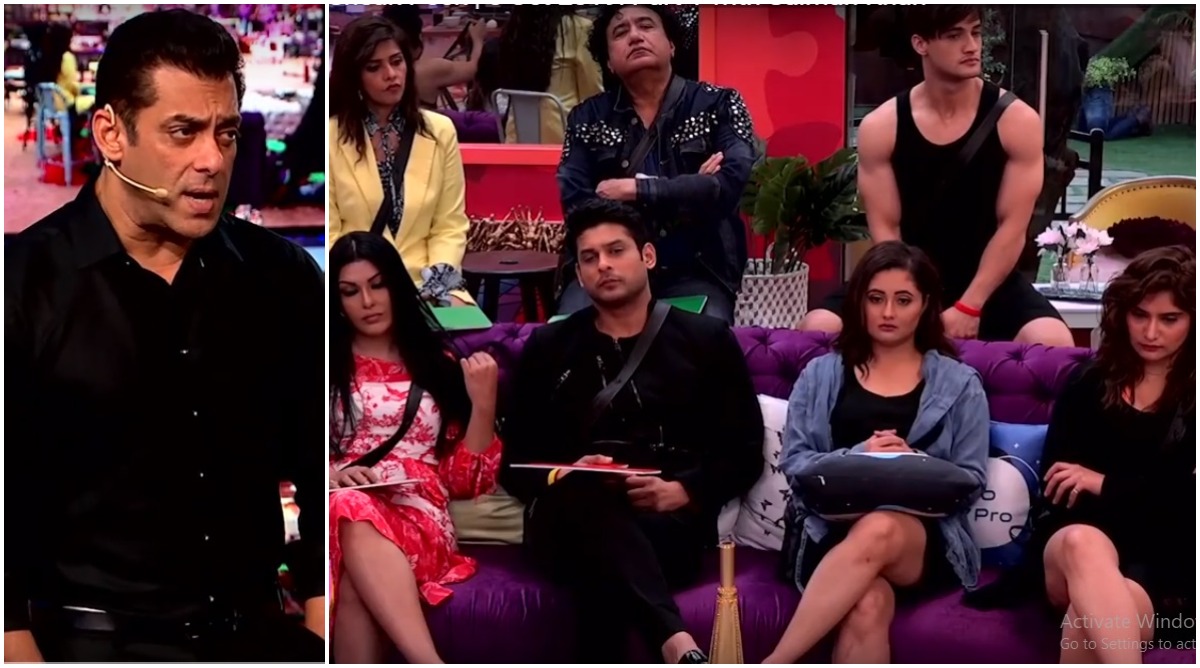 Bigg Boss 13, a reality show that thrives on controversies and chaos, has been constantly making headlines ever since it grand premiere on September 29. The contestants in the house, who have been portraying their competitive streak right from the first week, refuse to give up easily despite severe torture during tasks. However, Koena Mitra and Sidharth Shukla team lost as Asim Riaz gave up even before the torture started and Paras Chhabra, Mahira Sharma, Dalljiet Kaur, Devoleena Bhattacharjee and Shehnaz Gill won the task. Now, in tonight's episode, Salman Khan will be seen playing a fun game with the housemates, where the actor will ask one question to each contestant and the answers must be convincing to the rest of the housemates. In case, if the response will be disapproved by the housemates, then the contestants will be showered with something disgusting. Bigg Boss 13: Arti Singh Deserves Applause For Bravely Talking About Her Struggle With Depression On National Television

In the video, we see that Salman asks questions to Rashami Desai, Siddhartha Dey, Arti Singh and Asim Riaz. However, Rashami, Siddhartha and Arti's answers do not convince the gharwale and so the formers are punished for it. Speaking of Riaz, Salman asks him, "Who you don't see in Bigg boss 13 finale that will take place in the fourth week?" Well, we can't wait to know what his answer is. Bigg Boss 13: Koena Mitra Talks About Her Abusive Turkish Ex-Boyfriend As She Reveals Some Shocking Details

Speaking of eliminations, the first nomination task is completed and we have the names of the celebrities, who have been nominated for evictions this week. Popular faces like Rashami Desai, Devoleena Bhattacharjee, Koena Mitra, Shefali Bagga and Dalljiet Kaur have been nominated for this week's elimination. However, last night (October 2), it was announced that the voting lines are closed as there will no nomination this week. Now, that's a piece of news to rejoice, isn't it? Stay tuned!