Bigg Boss 14: Here’s Why Gia Manek aka the OG Gopi Bahu Might Not Be a Part of Salman Khan’s Controversial Show!

The latest report hints that Gia Manek aka Gopi Bahu who was almost finalised for Bigg Boss 14 will now not enter the reality show. Know why! 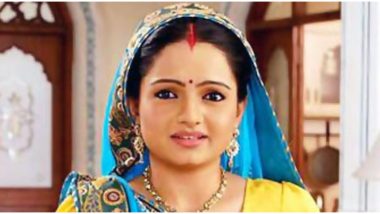 Bigg Boss 14 is on its way and fans of the show obviously can't keep calm. The buzz around the reality series this year is immense owing to the line-up of the contestants. Jasmin Bhasin, Pavitra Punia, Ejaz Khan, Naina Singh are a few names who will be part of this season. Even a promo featuring Radhe Maa was out a day back and we wonder if she is also a contestant on the show? Amid this, from quite some time reports have been doing rounds that after the 'Rasode Main Kaun Tha' craze even Saath Nibhana Saathiya's Gia Manek, the OG Gopi Babu will be part of the show. But seems like the actress has finally decided not to step inside the Bigg Boss house. EXCLUSIVE: Gia Manek Aka Gopi Bahu Reacts To 'Rasode Mein Kaun Tha' Meme , Says 'Within 30 Minutes, My Inbox Was Full Of People Sending Me the Video That Had Gone Viral'.

As reported by Pinkvilla, Manek's deal with the channel did not work out and so she is not keen on doing the reality show, "Gia was all set to enter the house but her deal with the channel did not work out. Gia would definitely had been an addition to the show and with an anticipation about her camaraderie with Nishant Malkhani, the buzz would have definitely picked up," a source told the portal. Gia Manek’s Instagram Account Shows Restricted Access Only for Age 99 and Above! We Wonder if Someone Has Hacked Saath Nibhaana Saathiya’s Gopi Bahu’s Page.

We are sure after reading this news, fans of Gia might get disappointed as Bigg Boss is indeed a great exposure. Speaking about the show, this year, it's the house is said to be a bit different as it has a mall, restaurant, spa and more. Coming back to Manek, what's your take on her decision to say no to BB 14? Tells us your views in the comment section below. Stay tuned!

(The above story first appeared on LatestLY on Sep 30, 2020 01:55 PM IST. For more news and updates on politics, world, sports, entertainment and lifestyle, log on to our website latestly.com).