Kareena Kapoor Khan has been roped as the judge of the dance based reality show, Dance India Dance 7. This is her debut on the small screen and she is making her every appearance count. She will be replaced by her bestie Malaika Arora but here's the twist. 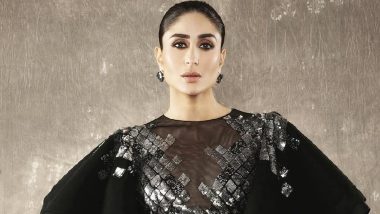 The dance based reality show, Dance India Dance 7 has gone to next level. The prime reason is the glamorous and sizzling mentor namely Kareena Kapoor Khan! The Bollywood beauty made her debut on the small screen by taking up the responsibility of the judge of the show. However, she has been having a tough time constantly shuttling from UK to india, to and fro. To her rescue came her bestie, model-actress Malaika Arora. Dance India Dance 7: Kareena Kapoor Khan Grooves to Asoka Song ‘Raat Ka Nasha Abhi’ and We Can’t Take Our Eyes Off Her.

The leggy sass will take the charge of the show as the mentor just for an episode, if we go by the reports in Bollywood Hungama. Bebo is currently shooting for Irrfan Khan-Radhika Madan starrer Angrezi Medium. In this sequel of much-loved film Hindi Medium, she will be seen in the role of a cop. Her cop avatar is every bit stylish and the pictures of her character 'Naina' are already out on the internet. So, yeah, wait with the bated breath for stunner Arora to be in the judge's position, once again.

Once again, because, she was previously seen on the reality show India's Got Talent. She shared the responsibility with co-judges Karan Johar and Kirron Kher. Remember those tiny video snippets with KJO screaming, "Good morning Malla?"

Also, this is not the first time that the show makers decided to replace Kareena for an episode. Earlier, her sister/ actress, Karisma Kapoor was roped in as the judge while Kareena was in London busy with her next movie. Well, it will be one fun episode to look forward to, with Malla being in the spotlight! Stay tuned.

(The above story first appeared on LatestLY on Jul 17, 2019 08:12 PM IST. For more news and updates on politics, world, sports, entertainment and lifestyle, log on to our website latestly.com).