Recently, Sunil Lahri in an interview recalled the time when he had found an 8-foot-long cobra in his dressing room. Check out the full story. Read on. 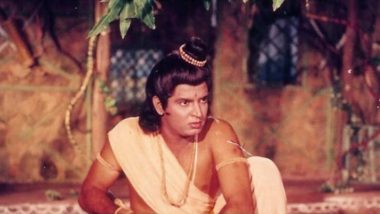 Ramanand Sagar's epic mythological show, Ramayan's re-run amid the lockdown has helped DD National a lot. As within a few days, the show topped the TRP charts and also broke many viewership records. This in a way also benefited the cast of the show and Arun Govil as Ram, Dipika Chikhlia as Sita and Sunil Lahri as Lakshman started to grab limelight once again. Having said that, after the re-telecast of the show, these lead actors also opened up and talked about many trivia and BTS fun from their shooting days. Recently, Sunil Lahri in an interview with Bollywood Hungama recalled the time when he had found an 8-foot-long cobra in his dressing room. Sunil Lahri Reacts To Son Krish Pathak Becoming an Internet Sensation, Says 'I Would Be Really Happy If He Becomes More Popular Than Me'.

The interesting fact is here is that God Lakshman is considered to be an avatar of Sheshnaag and this snake incident with Lahri was ofcourse a coincidence but so spine-chilling. The actor in the chat revealed how he saw something shiny in his makeup room and so called the worker and asked to check what it was. The good thing was neither Sunil nor anyone else was harmed on the sets by the venomous creature.

“It is said that Lakshman is an avatar of Shehnaag, and you won’t believe that there was a massive snake in my room’s washroom. It wasn’t a small one, it was easily 8-foot long snake. I saw something shiny on the top and since the studio was an old one, so it had a few logs on top of it. So when I went to the washroom, I saw something shiny and I called a worker there asked him to check what it is. When the worker saw it, he said that it’s a snake and when I denied, he used a stick and lit it on fire after tying a cloth to one of its ends, Sunil Lahri said. Ramayan Fame Sunil Lahri’s Son Krish Makes Fans Go Gaga Over His Handsomeness; Gets Tagged As Father’s Carbon Copy (View Pic).

At the end of the conversation, he added that how during the time people around were saying that, "If you don't find a snake in Lakshman's room, where else will you find it?". For the unversed, Ramayan initially used to get aired in the year 1987 on Doordarshan and during that time too, it was one of the most loved shows across. Stay tuned!

(The above story first appeared on LatestLY on May 14, 2020 04:44 PM IST. For more news and updates on politics, world, sports, entertainment and lifestyle, log on to our website latestly.com).