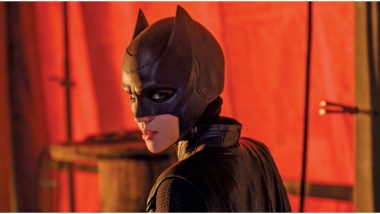 Ruby Rose's exit from CW's Batwoman was a major shocker for many thought this was the role of a lifetime for her. However, the makers had no hard feelings whatsoever and they promptly decided to start hunting for her replacement. But turns out that while they are willing to replace Rose, they are also thinking about replacing her alter ego, Katy Kane. The xXx - Return of Xander Cage actress played Bruce Wayne's cousin, Katy in the series but the makers are now thinking about a new name who can take up the mantle. Ruby Rose Quits Batwoman, Casting for Season 2's New Leading Lady to Begin Soon.

As per a new report in Deadline, the studio is now casting for a certain Ryan Wilder. As per their casting notice, the new lead character will replace Ruby Rose's Katy Kane in Batwoman season 2. As per the character specifications, she's in her mid-to-late 20s and the new season will revolve around how she becomes the new Batwoman. Interesting, eh? As per the casting notice, Ryan is “likeable, messy, a little goofy and untamed” and “nothing like Kate Kane, the woman who wore the batsuit before her.”

She's also a former drug-runner who's reformed and living in a van with her plant. Like her character demands, she's a highly skilled but wildly undisciplined fighter who's very open about her sexuality. Like Kane, she's a lesbian and the studio is encouraging performers who identify themselves as LGBTQ to submit entries for the auditions. Ruby Rose Quit Batwoman Because She was Unhappy With the Long Working Hours.

Rose's decision to exit the show came in May and while she never revealed the reason behind it, reports suggest she was tired of the show's long working hours. The show's first season premiered last Fall.

(The above story first appeared on LatestLY on Jun 03, 2020 03:37 PM IST. For more news and updates on politics, world, sports, entertainment and lifestyle, log on to our website latestly.com).