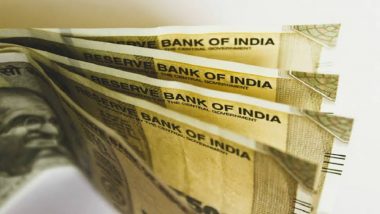 As per various media reports, central government employees are likely to receive their 18-month DA arrears in three instalments. While reports suggest that a decision regarding the same is to be made soon, there has been official confirmation from the government as yet. 7th Pay Commission: Centre Likely to Decide on Fitment Factor Soon; Here’s How Much Salary Will Increase.

Reportedly, a decision regarding the release of DA arrears will be discussed during the cabinet meeting, where a decision is likely to to be taken. The DA arrears will be passed only if the negotiation works and the cabinet approves the same. If the Centre approves the 18-month long DA arrears, then DA arrears of Level-3 employees will be around Rs 11,880 to Rs 37,554. 7th Pay Commission Latest News: Central Govt Employees Expected To Get Next DA Hike In March 2023; Check How Much Salary Will Increase.

(The above story first appeared on LatestLY on Dec 05, 2022 03:49 PM IST. For more news and updates on politics, world, sports, entertainment and lifestyle, log on to our website latestly.com).