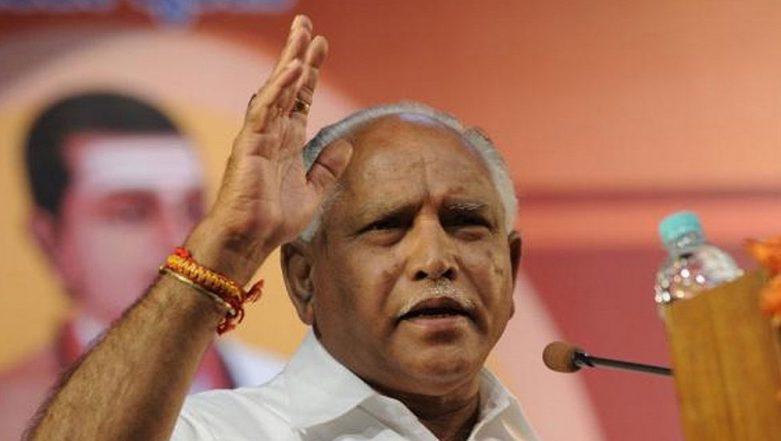 Shimoga, April 20: Bharatiya Janata Party (BJP) Karnataka chief BS Yeddyurappa took a dig at former Prime Minister HD Deve Gowda on Friday a day after the Janata Dal-Secular (JDS) chief said he was ready to sit by "Rahul Gandhi's side if he becomes Prime Minister". Reacting to Gowda's remark, Yeddyurappa said that the JDS patriarch is nursing ambitions of becoming Prime Minister or an adviser to PM even when his party is contesting just seven seats in Karnataka.

JDS chief's son and Karnataka Chief Minister HD Kumaraswamy had earlier said that Deve Gowda, who was Prime Minister of India for less than a year between June 1, 1996, and April 21, 1997, could become PM against as a consensus candidate. Deve Gowda Was a Much Better PM Than Modi: HD Kumaraswamy.

Expressing his confidence of Saffron party gaining a big victory in Lok Sabha Elections, Yeddyurappa said, "Despite all the divisive tactics by the Congress party, BJP emerged as the single largest party in the Assembly elections by winning 104 seats. In this election too we are hundred per cent confident that we will not only win Shimoga Lok Sabha seat with a huge margin but also win more than 22 seats in the state."

Elections in Karnataka are scheduled in two phases. Voting for 14 Lok Sabha constituencies held on April 18, while the 14 parliamentary seats will go into the poll in the third phase, April 23, of 2019 Lok Sabha elections.