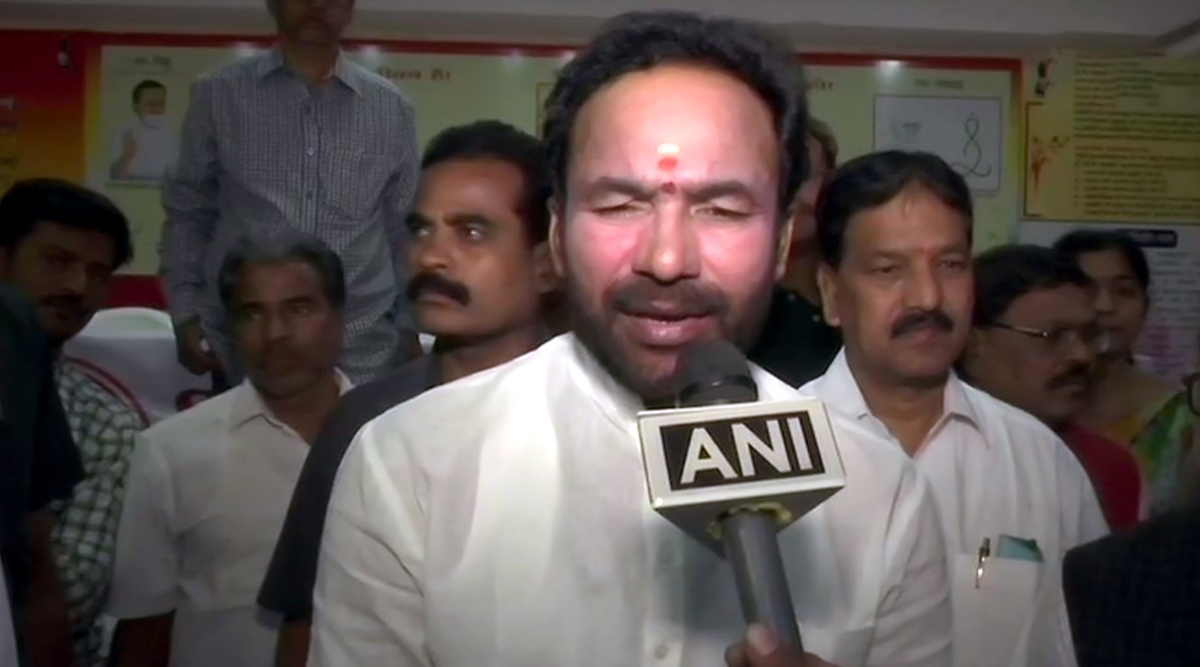 New Delhi, November 24: The Indian government is in constant touch with Pakistan to bring back Hyderabad techie Prashanth Vaindan. Vaindan was arrested last week by Pakistani authorities for illegally crossing border. Minister of State of Home Affairs G Kishan Reddy on Saturday told media that the Indian government is making efforts to bring the Indian techie back. Telangana Techie Among 2 Indians Arrested in Pak; Missing Since 2017, Says Family.

Reddy said, “The matter has come to the knowledge of the government of India only now. We have spoken to the Pakistan embassy in Delhi and Indian embassy in Pakistan.” He further added, “Our External Affairs Ministry is in constant contact with that in Pakistan. We are making an effort to bring him back to India.”

MoS MHA G Kishan Reddy on Prashanth, a resident of Hyderabad, who was missing since 2017 & has been caught in Pakistan: Our External Affairs Ministry is in constant contact with that in Pakistan. We are making an effort to bring him back to India. (2/2)

Vaindan allegedly travelled to Pakistan without valid documents. He was missing since two years. According to his father, Vaindan was suffering from "depression". The 31-year-old techie and another man from Madhya Pradesh were apprehended in Pakistan's Punjab province for crossing the border "illegally" and a case registered against them. Hyderabad: Missing Techie's Body Found Stuffed in Suitcase; Boyfriend Arrested.

Vaindan’s father, Baburao, said, “We had filed a missing complaint with Madhapur police here in April 2017. He was working with an IT company in the city. He was not involved in any illegal activities. We are surprised how he went to (Pakistan).” As per Vaidan’s family, the techie had earlier mentioned about a woman colleague who wanted to marry him, while he was working in Bengaluru.

Later, the family came to know that she had moved to Switzerland and Vaindan apparently wanted to meet her. After the arrest, a video of the Hyderabad techie was released. In the video, he asked his parents not to worry.