Independence Day 2022: Why India Celebrates I-Day on August 15? Know History Behind Why THIS Date Was Chosen Specifically 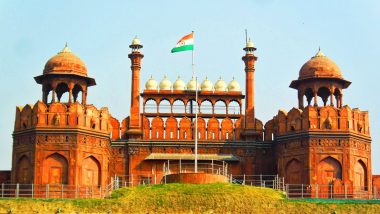 Mumbai, August 11: India observes its Independence Day on August 15 every year since 1947 when the British packed bags and left India for good. Its been 75 years since Pandit Jawaharlal Nehru gave his infamous "Tryst with Destiny" speech on the eve of India's Independence, towards midnight on August 14, 1947. Since then, India has been celebrating the day with much pride and gratitude.

However, did you know that India, after the Congress President's call for Poorna Swaraj in 1929, chose January 26 as Independence Day? From 1930, Congress continued to celebrate August 15 as Independence Day till 1947. So why did India shift its I-Day on August 15? Indian Independence Day 2022: Know About Historical Date, Significance and 15th of August Celebrations To Commemorate Nation's Freedom From the British Rule.

Why August 15 was chosen as India’s I-Day?

Following a century of British oppression and years of India's freedom struggle, the British parliament finally gave a mandate to Lord Mountbatten to transfer power by June 30, 1948. But, Lord Mountbatten preponed the date and set August 15, 1947, as the date to transfer power. C Rajagopalachari, independent India’s first indigenous Governor General, said Mountbatten wanted to ensure there would be no bloodshed or riot so the decision to prepone the day was made. C Rajagopalachari was infamously quoted as saying "If Mountbatten had waited till June 1948, there would have been no power left to transfer."

Lord Mountbatten was later quoted in Freedom at Midnight, as saying that “The date I chose came out of the blue. I chose it in reply to a question. I was determined to show I was master of the whole event. When they asked had we set a date, I knew it had to be soon. I hadn’t worked it out exactly then — I thought it had to be about August or September and I then went out to the 15th August. Why? Because it was the second anniversary of Japan’s surrender.”

On July 4, 1947, the British Parliament’s House of Commons passed the Indian Independence Bill, which ensured the end of the British Raj in India and also called for dividing the then country into India and Pakistan. Independence Day 2022: ISRO Launches Smallest Rocket To Unfurl Tricolour in Space.

On August 15, 1947, The first Prime Minister of India, Pandit Jawaharlal Nehru, raised the Indian national flag above the Lahori Gate of Delhi's historic Red Fort. Since then, it has been followed graciously by the It is a tradition that has since then been followed by prime ministers every year, accompanied by an address to the nation.

(The above story first appeared on LatestLY on Aug 11, 2022 04:49 PM IST. For more news and updates on politics, world, sports, entertainment and lifestyle, log on to our website latestly.com).