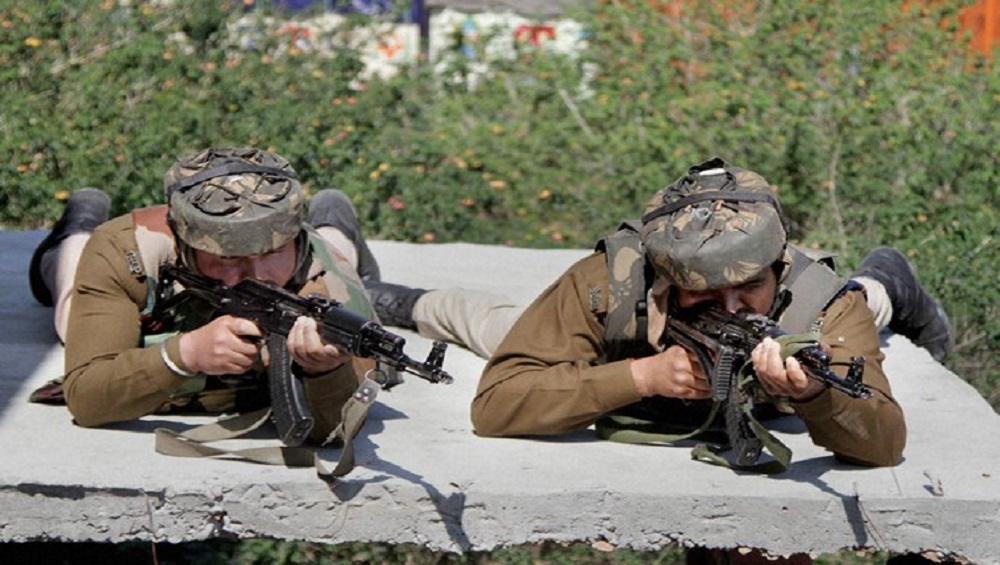 Srinagar, April 5: The Indian Army gunned down as many as nine terrorists in the Kashmir valley in the last 24 hours, Army sources informed on Sunday. According to a tweet by ANI, of the nine slain terrorists, four were killed on Saturday in Batpura in South Kashmir while five other terrorists were eliminated along LoC in Keran sector of Jammu and Kashmir. Army sources further said that the terrorists killed in Keran sector were trying to infiltrate from across LoC.

During the operation, three Indian Army soldier have lost their lives, a Defence Spokesperson informed. While one soldier was martyred earlier in the day, two succumbed to their injuries after being critical injured during the gunfight. Sources reveal that operations to evacuate the injured was hampered due to heavy snow and rough terrain conditions in the region. Jammu and Kashmir: Top Hizbul Mujahideen Terrorist Haroon Wani Killed in Encounter with Security Forces in Doda District.

2 more soldiers have succumbed to their injuries, others are presently undergoing treatment. A total of 3 soldiers have lost their lives. Despite prevailing inclement weather conditions, casualties have been evacuated. The operation is still in progress: Defence spokesperson

On April 4, four terrorists belonging to Hizbul Mujahideen terror group, were gunned down by security forces during an encounter in Jammu and Kashmir. Giving details about the encounter, the Jammu and Kashmir Police in a statement said that a Hizbul Mujahideen group of 3-4 terrorists was killing civilians over the last 12 days. Police informed that four civilians were killed by them in South Kashmir, following which an operation was launched in Kulgam.