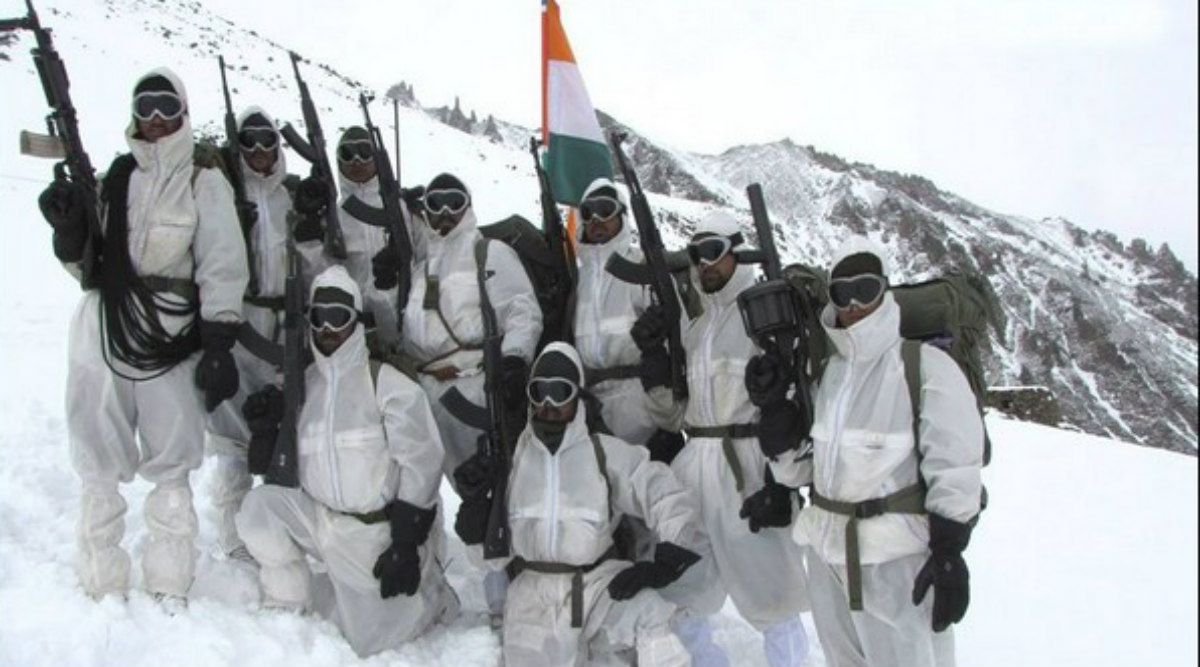 New Delhi, January 22: The Indian Army soldiers deployed on the world’s highest battlefield Siachen glacier are now getting a personal kit worth over Rs one lakh each. The kit includes equipment which will help jawans for survival and moving around the glacier. Chief of Army Staff (COAS) General Manoj Mukund Naravane closely checked the kit and equipment during his visit to Siachen in the second week of January. Indian Army Chief MM Navarane Says 'If Parliament Wants, PoK Will be Ours'.

Multilayered extreme winter clothing which costs around Rs 28,000 per set along with the special sleeping bag which is worth around Rs 13,000. Are the most expensive equipment of the kit. The kit also includes jacket and the special gloves of troops together cost around Rs 14,000. Meanwhile, multipurpose shoes cost around Rs 12,500.

Soldiers serving on Siachen glacier are also provided with the oxygen cylinder costs Rs 50,000 per piece. Equipment and gadgets for detecting avalanche victims are also part of the kit. It costs around Rs 8,000. Avalanche Strikes Army Positions in Siachen Glacier at Around 18,000 Feet, 8 Soldiers Trapped.

India has been deploying forces at the heights ranging from 17,000 feet to 22,000 feet for more than three decades now at the Siachen glacier which was attempted to be usurped by the Pakistan Army. The Siachen Glacier is a glacier located in the eastern Karakoram range. In 1984, India launched Operation Meghdoot, to control the area.