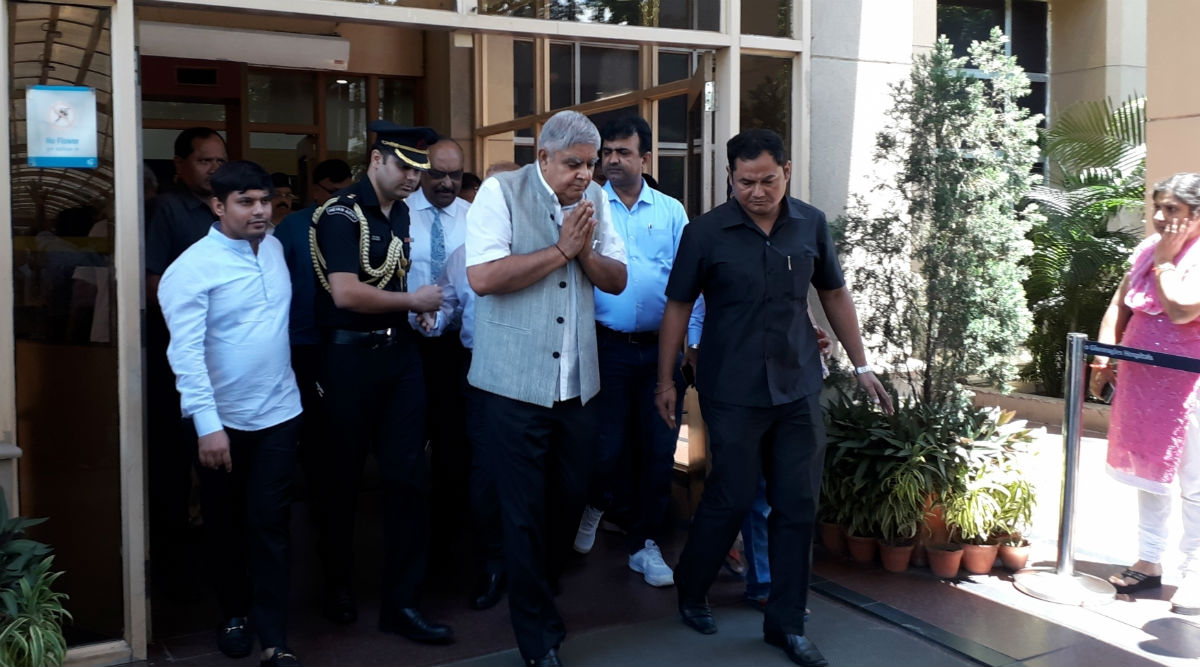 "Notice u/s 9 of Cooch Behar Panchanan Barma University Act has been issued to VC Debkumar Mukhopadhyay- thus setting process for consideration of his removal from the office of VC. His response u/s section 9(7) of Act has been sought within 14 days and he may avail oral hearing," Dhankhar's post on his Twitter handle said. On Wednesday, Dhankhar had posted that despite being the Chancellor, he has "just no information". Mamata Banerjee-Governor Jagdeep Dhankhar Feud Widens Over Citizenship Protests in West Bengal, Both Exchange Bitter Letters.

"Convocation will be held on Feb 14. Ministers Partha Chatterjee, Goutam Deb, Rabindra Nath Ghosh and Binay Krishna Barman are invited for the Convocation. Chancellor, who has right to preside, has just no information! Where are we heading!" the Chancellor had said. Ever since he arrived in the state late last July to take over the gubernatorial responsibility, Dhankhar has got into a series of confrontations with the Mamata Banerjee government.

Protestors prevented Dhankhar from attending the convocation of Jadavpur University. He was also forced to leave the venue of the Calcutta University convocation even before the start of the programme due to intense student protest. As Governor, Dhankhar is the chancellor of state universities. However, the TMC government has passed certain rules, curtailing Dhankhar's powers as chancellor of state universities. (With agency inputs)