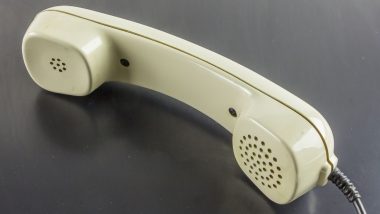 According to an India Today report,  Vi and government telcos BSNL and MTNL are likely to follow suit. There will be no change with respect to dialling numbers for fixed-to fixed, mobile-to-fixed, and mobile-to-mobile calls, it had said. The department further stated that the introduction of a dialling prefix for a particular type of call is not akin to increasing the number of digits in the telephone number.

The Ministry of Communications in November had noted that starting January 15, all fixed to mobile calls need to be dialled with prefix '0', to free up sufficient numbering resources for future use.

TRAI had noted that prefixing '0' for calls from fixed line to mobile numbers will generate 2,544 million additional numbering resources for mobile services to cater to the future requirements.

(The above story first appeared on LatestLY on Jan 15, 2021 09:20 AM IST. For more news and updates on politics, world, sports, entertainment and lifestyle, log on to our website latestly.com).