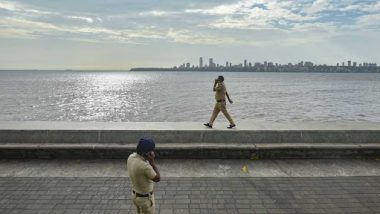 According to a report by Hindustan Times, Mumbai's temperature at 16.6 degree Celsius is the is the second lowest minimum temperature recorded this season. Before this, the temperature had dipped to 16 degree Celsius on December 22, 2020. The IMD attributed this drop in temperature to the cold westerly winds. La Nina in India: Country to Witness More Cyclones, Relatively Colder Winter This Year, Says IMD.

The HT report quoted KS Hosalikar, deputy director general of western region, IMD saying that there was chill in the air across the city as westerly winds have started blowing over parts of the state. The official said that as parts of northwest India are under the influence of a cold wave, north-westerly winds from these parts are colder. Adding further, Hosalikar said that the minimum temperature in the state is expected to see a gradual fall in the coming days.

(The above story first appeared on LatestLY on Jan 16, 2021 03:18 PM IST. For more news and updates on politics, world, sports, entertainment and lifestyle, log on to our website latestly.com).