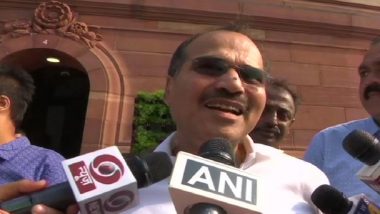 "Today is the 79th death anniversary of 'Koboguru Rabindranath Tagore', who was the first non-European poet who had been conferred upon Nobel Laurel in the year 1913. It is my simple quest as to why 'Bengali Language' has not been recognized as a classical language in the New Education Policy of government," the letter stated. New National Education Policy 2020 FAQs: From Implementation to Changes Made to 10+2 Schooling System, Board Exams, Teaching Qualification, All Questions Answered.

Meanwhile, the Union Cabinet on Wednesday cleared new NEP proposing major changes in school and higher education. Earlier today, PM Modi said that the new education policy focusses on 'how to think' rather than 'what to think'. He also called it a foundation stone of New India.

(The above story first appeared on LatestLY on Aug 07, 2020 04:11 PM IST. For more news and updates on politics, world, sports, entertainment and lifestyle, log on to our website latestly.com).