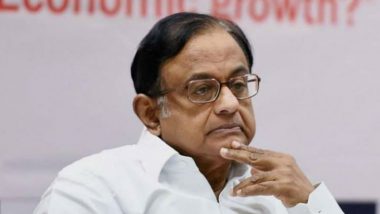 IMF Chief Economist Gita Gopinath was one of the first to denounce demonetisation.

I suppose we must prepare ourselves for an attack by government ministers on the IMF and Dr Gita Gopinath.

Chidambaram also targeted the Narendra Modi government on the economic front and termed it "reality check from IMF". He said that he would "not be surprised" if the actual number goes even lower. "Even the 4.8 per cent (growth) is after some window dressing. I will not be surprised if it goes even lower," he tweeted.

Gita Gopinath, on the sidelines of 50th World Economic Forum in Davos, had said that the downgrade for India was primarily responsible for IMF trimming global growth forecasts. "We have projected global growth at 2.9 per cent for 2019 and 3.3 per cent for 2020, which is 0.1 percentage point lower than the October estimates. The vast majority of it comes from our downgrade for India which was quite significant for both years," the IMF chief economist was quoted as saying by India Today.

Chidambaram, who has been a critic of Modi government's policies, had recently criticised Railways and Commerce Minister Piyush Goyal for his "no favour" remarks against Amazon founder and CEO Jeff Bezos, saying the union minister should snub more people to make Indian economy stronger.

(The above story first appeared on LatestLY on Jan 21, 2020 10:42 AM IST. For more news and updates on politics, world, sports, entertainment and lifestyle, log on to our website latestly.com).