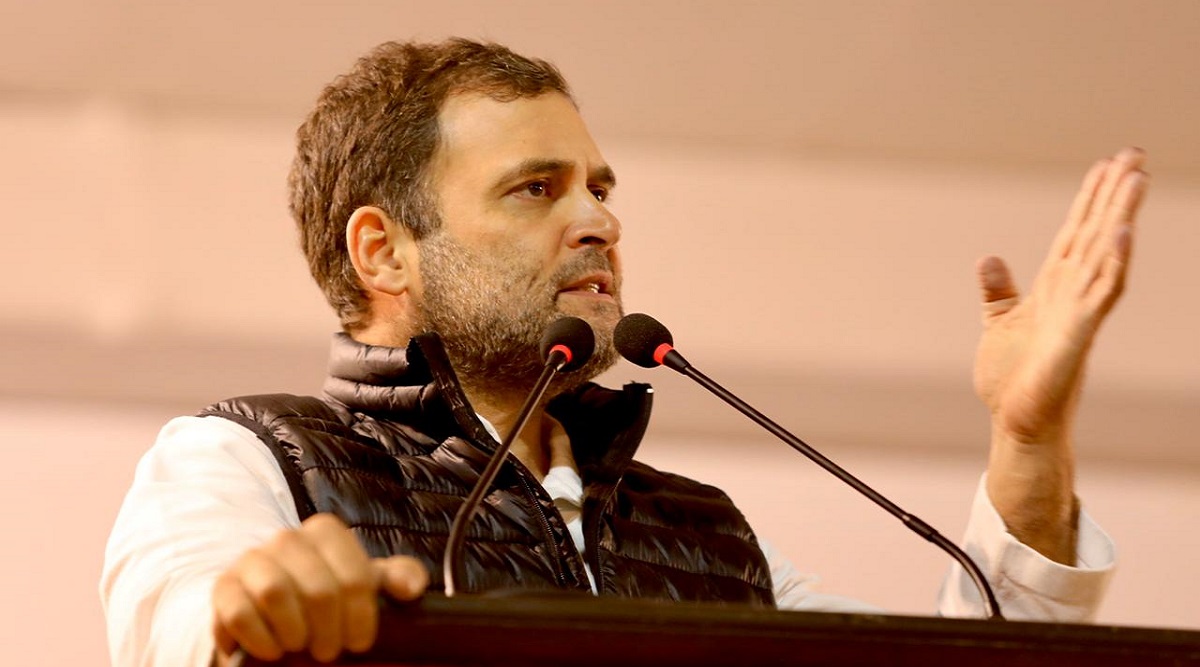 New Delhi, February 13: Congress leader Rahul Gandhi on Thursday took a dig at the BJP over the LPG cylinder price hike by tweeting a UPA-era picture of the saffron party's leaders protesting an increase in prices of cooking gas at the time, and demanded a rollback. Cooking gas LPG price was hiked on Wednesday by a steep Rs 144.5 per cylinder due to spurt in benchmark global rates of the fuel.

"I agree with these members of the BJP as they protest the astronomical 150 Rs price hike in LPG cylinders," Gandhi tweeted along with the picture of BJP leaders, including Smriti Irani, protesting rise in cooking gas prices.

I agree with these members of the BJP as they protest the astronomical 150 Rs price hike in LPG cylinders. #RollBackHike pic.twitter.com/YiwpjPdTNX

The Congress on Wednesday had accused the Modi government of "electrocuting" the budget of the common man by raising the price of LPG cylinders by Rs 144 and demanded its immediate rollback.