Sale, consumption, procurement and storage of liquor have been banned in several areas of Bengaluru in view of the bye-election in Rajarajeshwari Nagara. 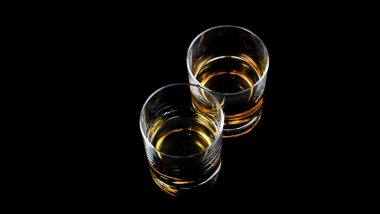 Bengaluru, October 29: Sale, consumption, procurement and storage of liquor have been banned in several areas of Bengaluru in view of the bye-election in Rajarajeshwari Nagara or RR Nagar assembly constituency. Bengaluru Police Commissioner has issued an order declaring dry days in select areas prior to polling for RR Nagar assembly bypoll and on the day of result. Over 240 JDS Men from RR Nagar Join Cong Ahead of Bypolls.

According to the order, liquor will be banned from 5 pm on November 1 to 12 midnight of November 3, and from 6 am on November 10 to 12 midnight. Polling in RR Nagar assembly constituency will be held on November 3. The results will be declared on November 10. It means alcohol shops, bars, beer bars will not serve liquor during the period on these dates. RR Nagar is in Bengaluru southwest suburb and Sira is about 120 km northwest of the tech hub. Karnataka Bypolls: Fight Between Congress and BJP in RR Nagar, Triangular Contest in Sira, Says Siddaramaiah.

A total of 16 candidates are in the fray from RR Nagar assembly constituency. With the ruling Bharatiya Janata Party (BJP), opposition Congress and regional outfit Janata Dal-Secular (JD-S) fielding their candidates, the RR Nagar assembly bye-election is set to witness a triangular contest. The BJP fielded Munirathna. Kusuma H is Congress's nominee. V Krishna Murthy is the candidate of JD(S). The bypoll has been necessitated by the resignation of Munirathna, a Congress defector to the BJP in 2019 from RR Nagar.

(The above story first appeared on LatestLY on Oct 29, 2020 05:45 PM IST. For more news and updates on politics, world, sports, entertainment and lifestyle, log on to our website latestly.com).