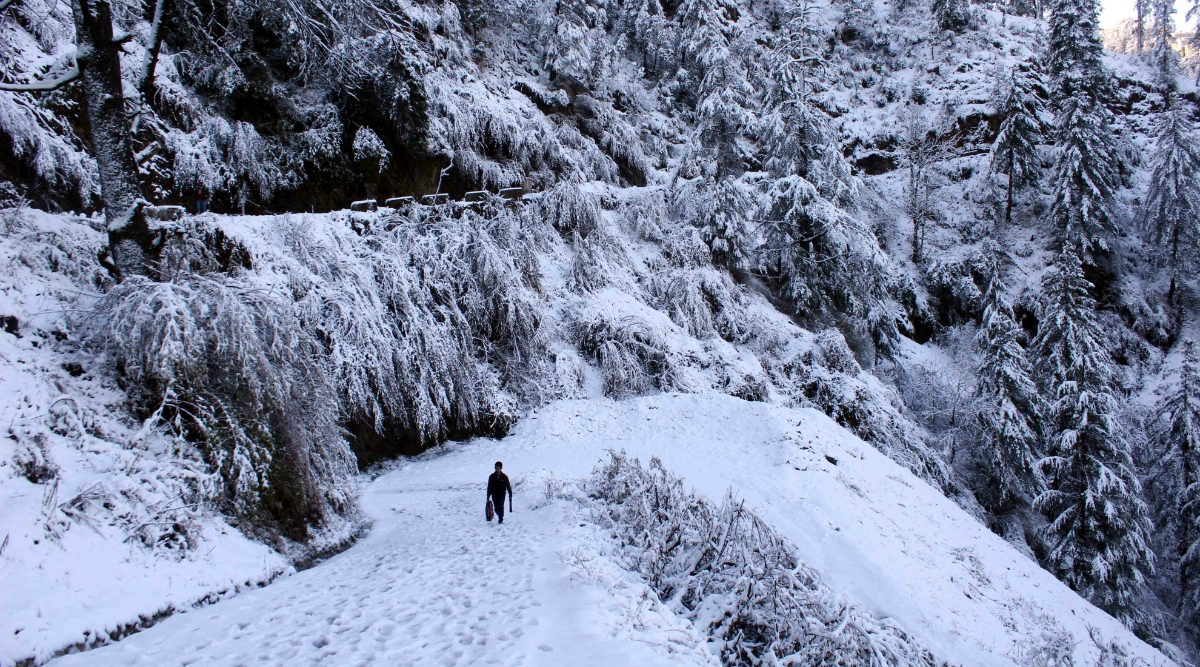 New Delhi, December 13: Cold wave conditions intensified following rain, snowfall in many parts Jammu and Kashmir, Himachal Pradesh and Uttarakhand since the past few days. The India Meteorological Department (IMD), in its forecast stated that these hill states are set to receive heavy rainfall on Friday. In its all India weather bulletin, the IMD stated heavy rainfall and snowfall is very likely over Jammu & Kashmir, Uttarakhand and Himachal Pradesh during the next 24 hours. Meanwhile, several states including Uttar Pradesh, Bihar, Tamil Nadu, Puducherry are likely to witness heavy rainfall during the same time.

Himachal Pradesh: National Highway 5 blocked at Kufri and Narkanda, due to snowfall pic.twitter.com/tijcak2E2n

On Thursday, Uttarakhand recorded the season’s heaviest snowfall as an intense cold wave gripped the hill-state. Due to the cold wave conditions, government and private schools in several districts of the state will remain closed on Friday. The weather agency said the weather conditions would remain the same in the next couple of days.

In Himachal Pradesh, the maximum temperature in Kufri in Shimla district was recorded below freezing point. Meanwhile, the higher reaches of the hill-state in Lahaul-Spiti, Kinnaur, Kullu and Shimla districts received snowfall on Thursday.