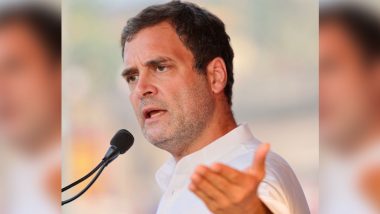 Rahul Gandhi also attached a news report which claimed that Indian scientists did not back doubling of COVID-19 vaccine dose gap.

Rahul Gandhi has been critical of the government over its vaccine policy.

The government in May had increased the COVID-19 vaccine gap for the second dose.

(The above story first appeared on LatestLY on Jun 16, 2021 12:02 PM IST. For more news and updates on politics, world, sports, entertainment and lifestyle, log on to our website latestly.com).