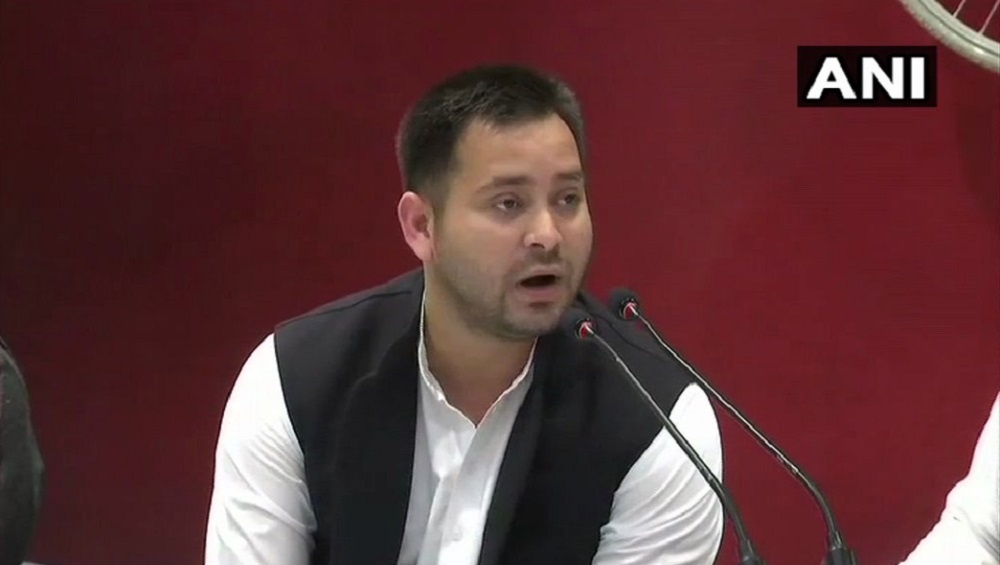 Patna, February 21: Rashtriya Janata Dal leader Tejashwi Yadav on Friday alleged that the All India Majlis-e-Ittehadul Muslimeen is working like "B-team" of the Bharatiya Janata Party and called for the arrest of party leader Waris Pathan.

Action must be taken against anyone who makes provocative remarks," he said. Yadav on Thursday alleged that Pathan is a fundamentalist backed by BJP."We are fighting a common battle because of our shared heritage and martyrdom for the cause. Despite BJP's repeated attempts, it has failed to polarise the nation. The fundamentalist BJP is now using extremists aligned with it for this purpose. People having faith in the constitution and law of the land should boycott persons who spew venom," tweeted Yadav (roughly translated from Hindi).

AIMIM leader Waris Pathan had on Wednesday said that 15 crore Muslims can dominate 100 crore Hindus."The time has now come for us to unite and achieve freedom. Remember we are 15 crore but can dominate over 100 crores," said Pathan while addressing an anti-CAA rally here.

"They tell us that we have kept our women in the front - only the lionesses have come out and you are already sweating. You can understand what would happen if all of us come together," he said.

The CAA grants citizenship to Hindu, Sikh, Jain, Parsi, Buddhist, and Christian refugees from Pakistan, Afghanistan, and Bangladesh, who came to India on or before December 31, 2014.