'You Are Not in Pakistan', Says Gujarat Assembly Speaker Rajendra Trivedi to Congress MLA Imran Khedawala Protesting Against CAA 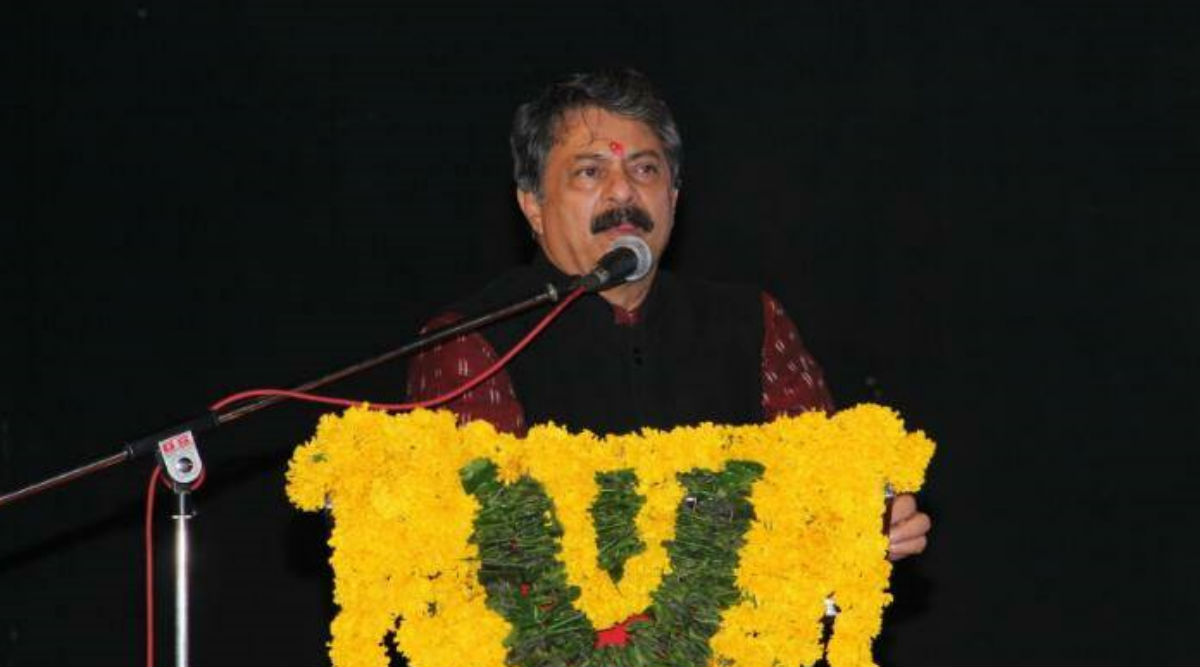 Gandhinagar, January 10: Gujarat Assembly Speaker Rajendra Trivedi asked Congress MLA Imran Khedawala to maintain decorum in the House and said "you are not in Pakistan" during a discussion on a resolution supporting the Citizenship (Amendment) Act on Friday. The resolution, moved by the BJP government, hailed Prime Minister Narendra Modi and Union home minister Amit Shah for bringing in the "historic" amendment. Citizenship Amendment Act Comes Into Effect From January 10, 2020; Read The Official Gazette Notification.

During the debate, Congress' Khedawala, first-time MLA from Jamalpur-Khadia seat in Ahmedabad, displayed a poster against the CAA and the National Register of Citizens (NRC) written in his own blood. The poster had "Boycott CAA/NCR/NPR" written on it.

As Khedawala had shown it to the media before the session started, Trivedi said he had seen it (on TV) and the MLA need not wave it in the House.

"You are not in Pakistan. You have already showed it," said Trivedi when Khedawala suddenly raised the poster.

You are not in Pakistan: Gujarat Assembly Speaker Rajendra Trivedi tells Congress MLA Imran Khedawala during discussion on resolution supporting #CAA, asks him to maintain decorum in House after he displayed poster against #CAA, #NRC written in his own blood

MLA and state Congress president Amit Chavda took a strong exception to Trivedi's remark, saying the Speaker must refrain from uttering such words. Trivedi said he was ready to apologize if Khedawala said he was offended. Instead of taking strict action, he only asked Khedawala to maintain decorum in a milder way, the Speaker added. Citizenship Amendment Bill 2019 Passed in Rajya Sabha, 125 MPs Support.

Unhappy with the explanation, Leader of Opposition Paresh Dhanani said, "The Gujarat government is planning to turn Gujarat into Pakistan". Deputy Chief Minister Nitin Patel came to the defence of Trivedi.

Later, other Congress MLAs too displayed similar posters, forcing the Speaker to adjourn the House for 15 minutes. The resolution was eventually passed by majority vote.

Earlier too the House witnessed chaos when Congress legislators disrupted Gujarat Governor Acharya Devvrat's address, as they wanted more time to discuss the issues such as unemployment, children's deaths in state's hospitals and crop insurance payment to farmers. As the slogan-shouting reached a crescendo, the Governor had to cut short his address to three minutes, and left the House after declaring that his speech be considered as read.