Aamna Sharif Flaunts a Desi State of Mind With Florals Mirror Work All While Soaking Up Some Sun! 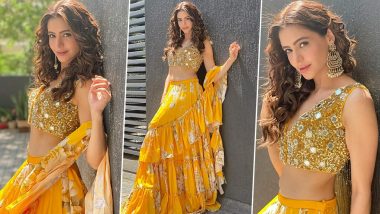 We are falling in love with Komolika aka Aamna Sharif and her splendid fashion offerings! On a roll, Aamna has been on a spree with her desi state of mind. From colourful ethnic ensembles in varied styles like florals, solids embellishments and embroidery to flaunting a glam game stronger than usual, Aamna's Instagram handle can be your humble guide to having a chic desi wardrobe! A recent style featuring florals and mirror work while soaking up some sun is what we cannot stop raving about. The lehenga by Neha Chopra with its ample ruffles and its ease is an instant charmer. As of the prettiest faces to greet us from the deluge of K-serial culture back in 2003 with the role of Kashish in Kahiin to Hoga, Aamna's recent famed stint includes that of Komolika Chaubey / Sonalika Basu in Kasautii Zindagii Kay following a hiatus of six years. Off-screen, Aamna channels a poignant vibe on the fashion front, her fashion arsenal features a heady mix of traditional and chic western ensembles in bold hues, contemporary cuts, silhouettes and fabrics.

Impeccable makeup and non-fussy hair game seal the deal for all of Aamna's versatile styles. Her traditional style moments are a lesson in attaining those all-encompassing ethnic wardrobe goals. Here's a closer look. Aamna Sharif Is Channelling That Sublime Lucknowi Charm in a Thrifty Chikankari Suit!

Aamna Sharif - Sunshine In My Pocket

A mirror work blouse with a floral yellow lehenga by Neha Chopra was paired with earrings, textured wavy hair and a minimal makeup of delicately lined eyes and pink lips. Aamna Sharif Lives Life in Warm Yellows Even if It Rains! 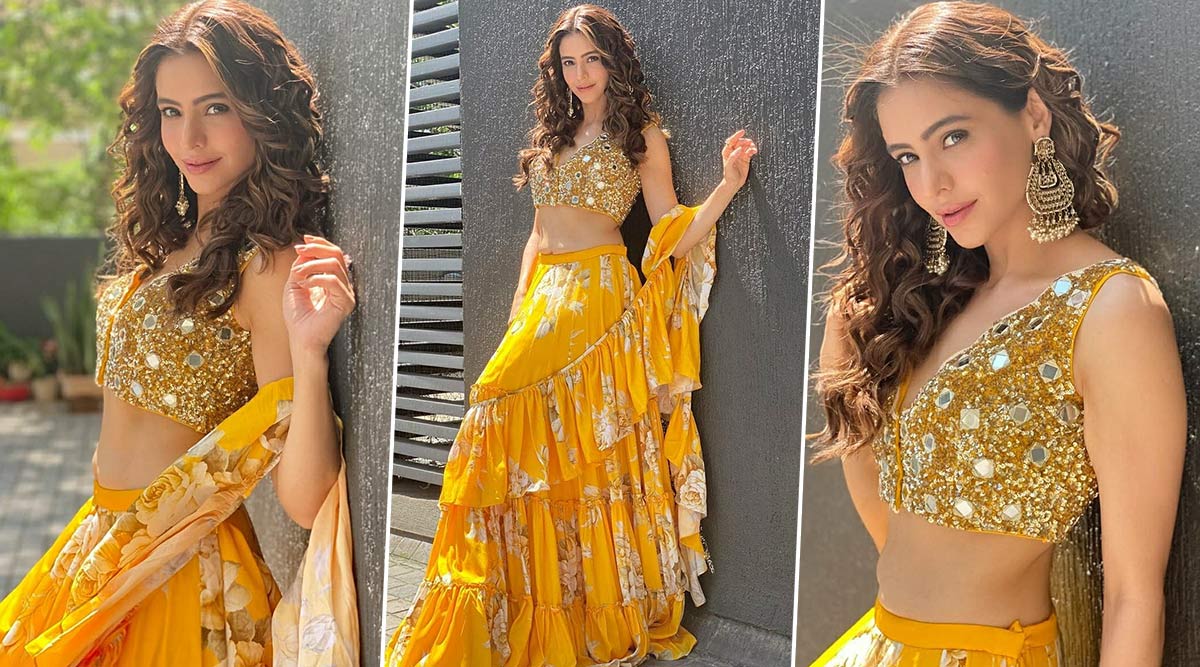 On the professional front, Aamna features as Komolika Chaubey Basu in Kasautii Zindagii Kay. She will be seen in Roohi Afza, a comedy horror film directed by Hardik Mehta and produced by Dinesh Vijan featuring alongside Rajkummar Rao, Janhvi Kapoor and Varun Sharma.

(The above story first appeared on LatestLY on Sep 21, 2020 05:30 PM IST. For more news and updates on politics, world, sports, entertainment and lifestyle, log on to our website latestly.com).