Yo or Hell No? Shanaya Kapoor in Arpita Mehta for Rhea Kapoor-Karan Boolani's Wedding

Ask us to rate her look for the evening and we'd give a 10/10. But what's your take on the same? Are you as impressed as we are or think she could have picked something jazzy instead? 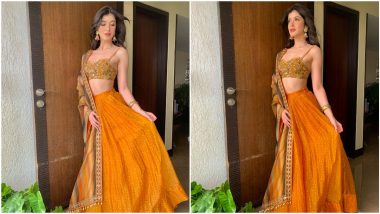 Sonam Kapoor's darling sister and also a producer cum stylist, Rhea Kapoor married her longtime beau, Karan Boolani in an intimate wedding at her Juhu bungalow. While reports were rife about the Kapoor family gearing up for yet another wedding, the pictures of actors like Arjun Kapoor Sonam arriving at the venue confirmed it further. Amongst the many known faces spotted at the rituals was Shanaya Kapoor, daughter of Sanjay and Maheep Kapoor. The new star kid on the block dazzled in a mustard colour outfit and we were left smitten. Shanaya Kapoor's Corset Dress Deserves to Find a Place In Your Wardrobe (View Pics).

Styled by Tanya Ghavri, Shanaya picked a mustard coloured lehenga choli from the house of Arpita Mehta. A heavily embellished blouse and a simple, printed lehenga accentuated her dewy look further. Shanaya didn't opt for any heavy jewellery and settled for a pair of statement earrings only. With blushed cheeks, pink lips and nude eye makeup, she completed her look further. The colour was apt for a wedding and its subtleness only looked enriching. Shanaya Kapoor Finally Makes Her Instagram Account 'Public', Breaks the Internet With Her Hot Pics. 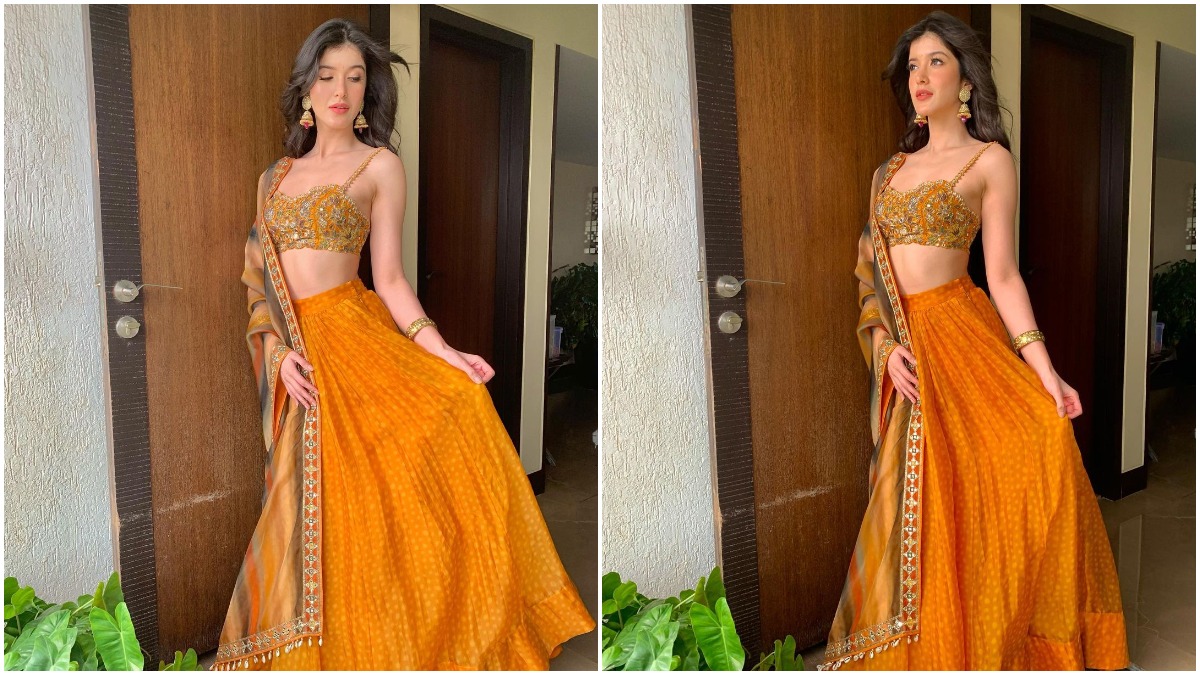 Ask us to rate her look for the evening and we'd give a 10/10. But what's your take on the same? Are you as impressed as we are or think she could have picked something jazzy instead? Drop in your comments on Twitter or simply choose the desired option from the box below.

Shanaya Kapoor in Arpita Mehta - Yo or Hell No?

(The above story first appeared on LatestLY on Aug 15, 2021 04:31 PM IST. For more news and updates on politics, world, sports, entertainment and lifestyle, log on to our website latestly.com).