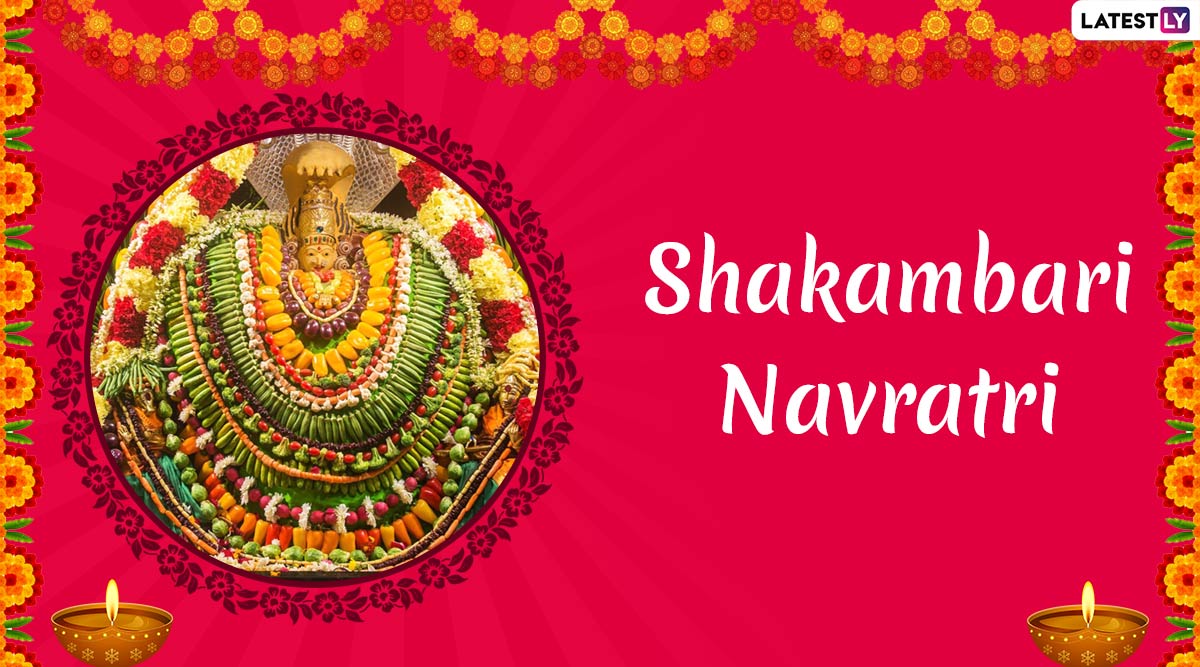 An auspicious festival honouring Goddess Shakambari will be celebrated since tomorrow, ie January 3. Called the Shakambari Navratri, it is a nine-day-long celebration that respects the form of Goddess Parvati. Goddess Shakambari is called "The Bearer of the Greens." She is known to have helped those who were struck with the calamity of famine and offered them food. Ahead of 2020, we tell you a little more about this form of Goddess, the dates of this celebration history and significance of this festival. January 2020 Festivals, Events and Holiday Calendar: Makar Sankranti to Republic Day; Know All Important Dates and List of Fasts for the Month.

The word śākaṃbharī means "she who bears vegetables". The word is derived from two Sanskrit words- śāka which meaning vegetable/vegan and bharī which means holder/bearer/wearer. She is thus called as the Annapurna and people worship her to get blessings of prosperity. Lala Ramswaroop Calendar 2020 for Free PDF Download: Know List of Hindu Festivals, Dates of Holidays and Fasts (Vrat) in New Year Online.

The legend about Goddess Shakambari states that in times of famine, the Goddess Aadishakti comes down in the form of Shakambhari and gives vegan food to the hungry. So any form of vegetarian food is often called as the Prasad of Maa Shakambhari. There was a time when the demons had taken over and harassed the people. When the Goddess saw the condition of the people, she could not stop crying for nine days. Her tears which fell on the ground gradually turned the dry land into the greenery. She then offered everyone food and saved them fro the famine-like situation.

So during the festival of Shakambari Navratri, people pay their respects to the Goddess by visiting her temples. It is believed that those who donate raw vegetables and fruits to the needy receive blessings from this Goddess.