From Jakarta to California: An Inspiring Story of Kevin Chandra a Software Engineer Turned Entrepreneur

After two years of searching for people to join his founding team, he could finally get the right mix of people together. It was just the beginning of a journey that led them to start Cotter—a passwordless authentication service. 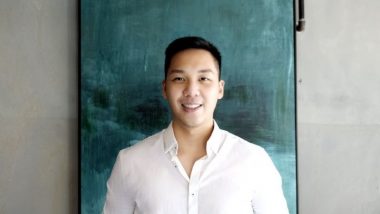 Passwords have become an indispensable part of our lives. We use them to access our emails, phones, social media platforms, and even our online wallets like PayPal. However, its security is currently being questioned. According to a report by Verizon Media in 2019, over 80 percent of security breaches involved the use of stolen personal credentials.

This is one reason startups like Cotter (Govest, Inc.) are flourishing as they provide users with security solutions that are both safe and easy to use. Thanks to the innovative and entrepreneurial endeavor of Kevin Chandra and his team, we will start to see fewer and fewer hacks or account takeovers on our online accounts.

Raised in Jakarta, Kevin always had a keen interest in entrepreneurship as he had watched his immigrant grandparents work hard to create products that consumers wanted at scale.

"Their hard work made our lives and that of our consumers easier. I want to do the same for my generation," is what the young software engineer turned startup founder said in a telephone interview.

The Path to Becoming a Founder

Kevin moved to the United States because he wanted to study computer science and someday start his own startup company like other immigrant founders before him, such as South African Elon Musk (Tesla, SpaceX, PayPal), Swedish Daniel Ek (Spotify), and Chinese Eric Yuan (Zoom). For him, the tech industry is his American dream, where immigrants could make significant contributions to the economy through very little investment.

"I became a part of the Silicon Valley tech community because of my friend, a Japanese immigrant founder, Yoshi Yokokawa, who is the co-founder and CEO of a Y Combinator-backed company, Alpaca Markets. He taught me that it was only in America that people would put their faith in young and talented immigrants."

However, his path to starting his own startup wasn't a bed of roses. He came to the country as a student, so he did not know how to set up his own company, nor did he have the legal knowledge or experience to back him. He knew nothing about raising capital and had no connections in the US to help him hire and assemble the founding team.

After two years of searching for people to join his founding team, he could finally get the right mix of people together. It was just the beginning of a journey that led them to start Cotter—a passwordless authentication service.

The Inception of Cotter:

Kevin and his team noticed that the newer generation of web and mobile applications like Uber, Amazon, Robinhood, and more are all transitioning to passwordless authentication through one-time passwords delivered via email or SMS. However, it has been noted by the industry that sending one-time passwords over email or SMS is both unsafe and expensive. Ultimately, this has been ruled as not PSD-2 compliant according to European regulations.

This led Govest, Inc., under the leadership of Kevin Chandra, to create a novel passwordless authentication service called Cotter. The product was developed on top of the state-of-the-art W3C public key infrastructure authentication protocol, recently popularized by tech giants like Apple and Google, to ensure users' ease of use and security.

By using Cotter's passwordless authentication service, the only way for hackers to gain access to a user's account is to physically steal the user's device and break through the device's PIN/biometric authentication (FaceID, TouchID, Windows Hello, etc.). Hackers can no longer resort to phishing for the user's one-time password to remotely gain access to the user's account. Moreover, Cotter's passwordless authentication happens over an internet connection which saves the billions of dollars enterprises spend on sending one-time passwords over SMS.

Under the guidance of Mr. Chandra, Cotter has successfully inked hundreds of clients and consistently rakes in more than 3 million monthly authentication requests. It is just a matter of time before Mr. Chandra and his company's product help erase passwords from the lives of millions more.