Men are often forced to prove their masculinity failing which they are subjected to severe criticism and ridicule. As much it may give men a sense of pride, here's how it is damaging their mental and physical well-being too! 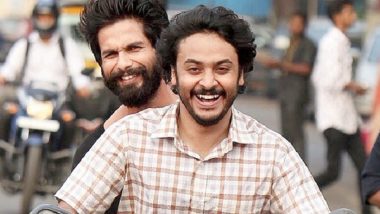 Common statements like 'Boys don't cry' or 'real men don't budge' or the more colloquial 'Mard ko dard nahi hota' are classic examples of how toxic rules are reinforced. It is time to speak up about poisonous masculinity which is our very own product of patriarchy. Men are often forced to prove their masculinity failing which they are subjected to severe criticism and ridicule. But let us not forget those social evils like, homophobia, misogyny, violence and even rape are all tied to toxic masculinity. As much it may give men a sense of pride, here's how it is damaging their mental and physical well-being too!

It Increases Risk of STDs

Toxic masculinity makes men believe in the idea of the sexually promiscuous men who have sex with several women before they settle down with a woman. This belief leads to excessive sexual risk-taking, unprotected sex and thus the risk of contracting STDs. Kabir Singh: 10 Shocking Things Shahid Kapoor's Character Does That Will Scar You With Its Toxic Masculinity.

It Impacts the Mental Health

A study published in the Journal of Counselling Psychology found that men who conform to masculine roles such as the playboy are at a higher risk of suffering from psychological problems. To make things worse, such men think they are self-reliant and do not seek therapeutic help for their problems. Since any vulnerability is a sign of weakness, such men also refrain from advice and at times, resort to suicides. International Yoga Day 2020: Yoga Asanas to Ease Symptoms of Depression and Support Mental Health.

It Can Be Harmful To Cardiovascular Health

Since men are often conditioned to 'man up' and keep their feelings to themselves, they tend to suffer from unresolved emotions, which can ruin their physical. Several studies have linked suppressed emotions to reduced cardiovascular health.

It Increases the Risk of Cancer

Suppression of emotions like depression and anger can also lead to increased risk of fatal diseases like cancer. There have been studies which link elevated rates of skin cancer among men to toxic masculinity. Men's Health Week 2020: Why Is Suicide Rate Higher in Men? Reasons Why It is Important to Talk About Male Mental Health Stigma and Ways We Can Help.

Emptional suppression is directly proportional to an early death. So, it is time to stop trying to 'man-up' and be more vocal about feelings, emotions and support.

(The above story first appeared on LatestLY on Jun 17, 2020 02:25 PM IST. For more news and updates on politics, world, sports, entertainment and lifestyle, log on to our website latestly.com).