April Fools’ Day Fun Facts: From the Rome Connection to the Museum of Hoaxes, 5 Interesting Stories to Know About All Fools’ Day

We hope that this April Fool's Day, you choose to spread happiness and smiles instead of choosing to deceive and play pranks. After all, what the world needs right now is more laughter. 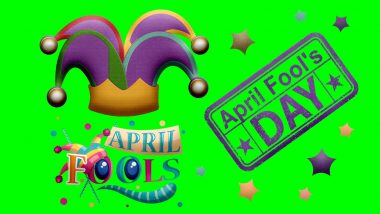 April 1 is here. However, the celebration of April Fools' Day is expected to be a little different this year. With people and organisations across the world encouraging the spread of funny jokes and memes instead of troubling practical pranks, April Fools' Day 2020 is about to be a unique affair. A day where we whole-heartedly celebrate our love for jokes and pranks. Pulling each other's legs with a practical joke is highly accepted and even appreciated. April Fools' Day or All Fools' Day has been a celebration that fun-loving pranksters keep looking forward to. However, amid the continued spread of misinformation on the Novel Coronavirus, and the grim air that looms worldwide, practical jokes are not a trend that is in. What is always in though, is marvelling over some fun facts about this weird celebration and sharing April Fool's jokes and memes that will lift the mood. Cancel April Fool's Day 2020! This April 1, Let's Spread Smiles Instead of 'Purported' Fake News as Funny Pranks.

Every year, April 1 is celebrated as April Fool's Day or All Fools' Day by giving people a free pass to all the prank-loving folks to bring out their sneakiest ways to fool and trick people. While the reason and origin of this celebration are diverse across the world, the happiness and cheer that surrounds this day remains. And even as we all take the responsible step forward to celebrate a prank-safe April Fool's Day, here are some super cool facts about this day that might interest you!

April Fool's Day celebration is said to have a connection with Rome. While the actual origin of this celebration is not known, some people tie it back to the ancient Roman Festival of Hilaria which was known as Roman Laughing Day. On this day, people used to dress up in disguises and also jokes, much like All Fools' Day.

2. The Museum of Hoaxes

The celebration and history of April Fool's Day can date back to quite some time. In fact, the Museum of Hoaxes, established in 1998, showcases the great works of deception, mischief and misinformation throughout history. The Museum has a special dedicated spot for all the great jokes and pranks played on April 1.

3. Pranks Through The Ages

For years now various media houses, magazines and newspapers have all partaken in the April Fool's pranks by churning out the most bizarre fake news pieces that could trick the smartest or put a smile on their face.

4. Scotland Goes All Out On April Fools'

April Fool's celebration in Scotland is a two-day extravaganza where people play pranks on each other. Some also go all out to play out the most intricate practical jokes, while others stick to the classic April Fools' pranks.

The most intriguing fact about April Fool's Day has to be the origin of this day revolving around the time when people shifted to the Gregorian Calendar. This move shifted the New Years celebration from April 1 to January 1, however, the few who did not know about this change continued to celebrate New Years on April 1, and in turn, made a fool of themselves. This folklore is also believed to be a popular origin story for April Fool's Day.

We hope that this April Fool's Day, you choose to spread happiness and smiles instead of choosing to deceive and play pranks. After all, what the world needs right now is more laughter.

(The above story first appeared on LatestLY on Apr 01, 2020 07:04 AM IST. For more news and updates on politics, world, sports, entertainment and lifestyle, log on to our website latestly.com).