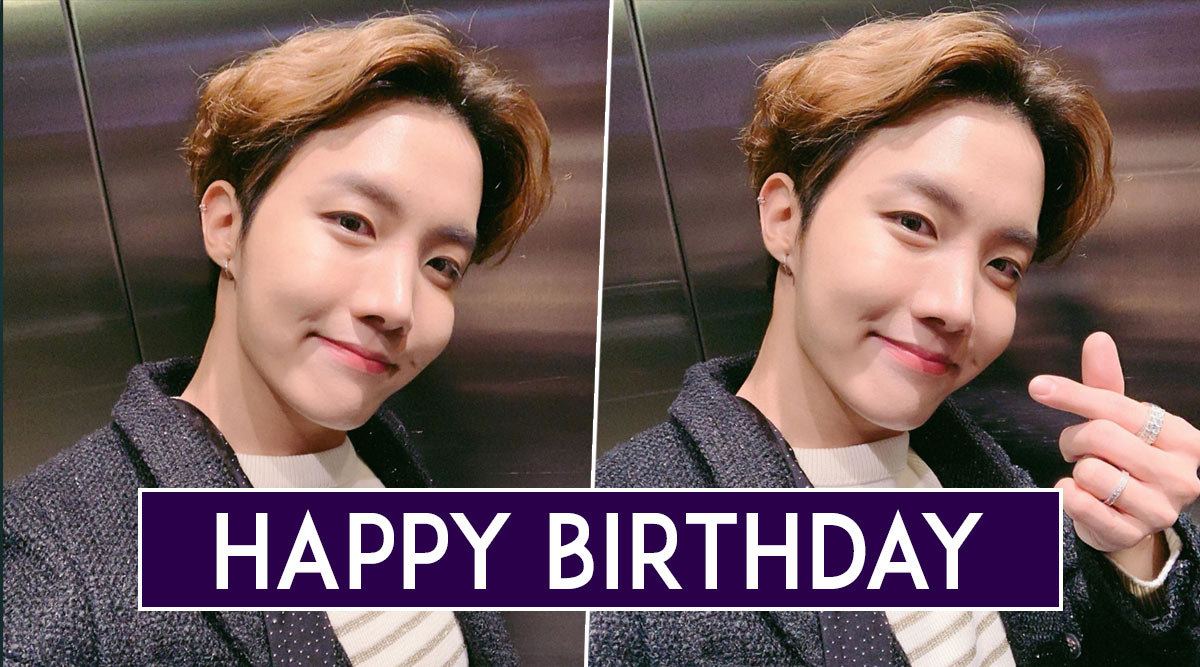 It is K-Pop King, BTS' J-Hope's birthday and Fans cannot keep calm. As J-Hope turns 26, Twitteratti has flooded the micro-blogging site with birthday wishes, quotes, greetings and all kind of love and support. If you are not living under a rock you will know that since 12 am, Twitter has been hijacked by the BTS Army and some of the highest trending hashtags worldwide include #SunshineHobiDay, #MY_HOPE_JHOPE, #OurPieceOfPeace, #HAPPYJHOPEDAY, #Hoseok, #HBDJHope and #J-Hope. J-Hope, also known as, Jung Hoseok was born on February 18, 1994, and released his first solo mixtape, Hope World, worldwide on March 1, 2018. He earned is fans after the positive response. He also became the highest-charting solo Korean artist on the Billboard 200 at the time of the mixtape's release.

Since midnight his fans are going gaga on various social media platforms. In fact, BTS’s official Twitter page also shared a poster of him on a special day, while J-Hope held a V Live broadcast to count down to his birthday with fans. Check Tweet:

We would love to take this opportunity to wish the K-pop star a very happy birthday! While BTS' Twitter army has left no stones unturned in terms of making the pop star feel special on this big day, many went out of their way to cut cakes and celebrate J-Hope's birthday in their home. Take a look at the best birthday wishes for J-Hope on Twitter:

𝐡𝐚𝐩𝐩𝐲 𝐛𝐢𝐫𝐭𝐡𝐝𝐚𝐲 sunshine. you deserve the whole entire universe and more. i love u sososo much, your energy and smile always brings us joy! thank you for everything. i’m proud of u bby ✨💛 #HappyBirthdayJhope pic.twitter.com/gyI8FCHD0S

You keep wrecking me babyyyy. 😭 Happiest birthday! ☀💜 I love you! ❤#HappyBirthdayJhope pic.twitter.com/Md40dsd2rj

don't you just love it when hobi #HappyBirthdayJhope @BTS_twt pic.twitter.com/mJ7PvfQjXo

HOBI i love you very much for being a light of hope in my life, thank you for your smile and for everything you do you are amazing! You're a wonderful person who deserves the best in the world :3❤️❤️ #HappyBirthdayJhope pic.twitter.com/UMrkhOB3We

There was a point at night when all the trending hashtags on Twitter was about J Hope. Some of the most popular hashtags in English were: #HappyBirthdayJhope, #Hobi, #OurRemedyJhope, #Jhopebirthday, #HopeAlwaysHere, #Jung Hoseok, #HappyHopeTime, #HAPPYJHOPEDAY, #ILOVEJHOPE, #하나뿐인_Jhope_하나뿐인_너 (You're the only one Jhope), #LightOfHopeDay. #WithJhopeOnTheSide, #JHOPE_IS_MY_EGO, #JHopeOurSunshine, and #HOSEOKDAY. You have to give it to the army for their ability to conquer Twitter in no time.