Crayfish Removes His Own Claw from a Boiling Pot, Watch the Video of This Brave Little Creature 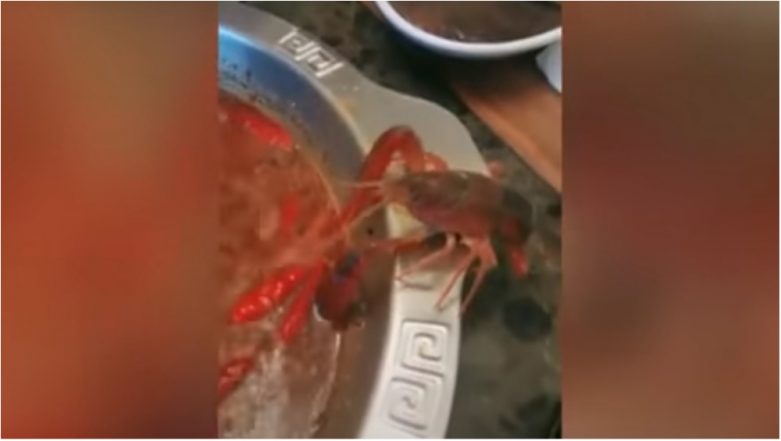 A crayfish has become an online hero who sacrificed its own limb to survive a boiling pot of spicy soup at a restaurant in China. A footage shows the crustacean gripping one of its own claws before detaching it and making a break from freedom while his fellow mates were inside the pot destined for diner’s plates. The clip was uploaded on Weibo by a diner named ‘Jiuke’.

The video clip shows the crayfish using its right claw to detach the incapacitated left claw, which appears immobile after being cooked in the boiling temperature of the spicy soup. The crayfish then quickly makes its escape.

Watch Video of the Clever Crayfish Saving Its Life

After watching the video on Weibo, many users pleaded with the user to let the crayfish go. One user said, “Don’t eat it. See how hard it’s trying to survive.” The diner who posted the video said he had adopted the crayfish as a pet. “I let him live. I already took him home and am raising him in an aquarium,” he said.

China is in the grip of high demand for crayfish with specialist restaurants proliferating across the country. The popularity of the creatures, typically covered in spicy sauce, is attributed by some to the way in which social interaction is encouraged due to diners having to put away their mobile phones and wear gloves to peel away shells.