Jake Paul’s California Mansion Gets Raided by FBI As Part of an ‘Ongoing’ Investigation, Officials Seize Weapons From The YouTuber’s House 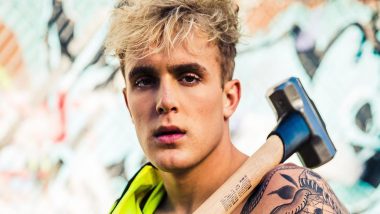 In July, YouTuber Jake Paul received huge flak online, after throwing a day-long party at his Calabasas home in California amid COVID-19 pandemic. The 23-year-old has drawn the ire of Calabasas Mayor, David J, Shapiro. Paul who is known for causing controversies have landed upon one, again, after the Federal Bureau of Investigation (FBI) raided his Calabasas mansion. FBI agents including a team of Special Weapons And Tactics (SWAT) served a search warrant at the home of the YouTube start on August 5, 2020. The officials have not reported the reason behind the raid but stated that it was in connection with an ongoing investigation. The search was done when reportedly Jake was not at home.

The YouTuber is currently facing charges of looting in Arizona and also the recently held party at his house, allegedly breaking public health orders amid the pandemic. Federal officers stated that the raid was part of an investigation linked to a riot at a shopping mall in Arizona, during a protest in June. Aerial footages and pictures from various news outlets showed what looked like firearms being removed from the home by investigators. The Washington Post reported that the weapons included a gun that was placed next to a hot tub in the garden were seized.

What appeared to be multiple firearms were found scattered throughout the property, including what looked like a long gun propped up against a hot tub in the backyard. https://t.co/oOkiwY7kSz pic.twitter.com/ZeCXhPI5Aa

Jake Paul is infamous for often landing in hot water of controversies. In June, 2020, the 23-year-old YouTuber was arrested in Scottsdale, Arizona, during a protest at a shopping centre following the death of George Floyd. He was charged with criminal trespass and unlawful assembly, but he told the media that he was there only to meet protestors.

(The above story first appeared on LatestLY on Aug 06, 2020 07:35 PM IST. For more news and updates on politics, world, sports, entertainment and lifestyle, log on to our website latestly.com).