Radhe: Your Most Wanted Bhai Is Salman Khan’s Shortest Film in 5 Years! CBFC Gives it a U/A Rating!

Besides Salman Khan, Radhe - Your Most Wanted Bhai also stars Disha Patani, Randeep Hooda and Jackie Shroff. It is directed by Prabhu Dheva. The big-budget actioner will release in cinemas and simultaneously on pay-per-view platform, ZeePlex on May 13.

The Central Board of Film Certification (CBFC) has passed Salman Khan's Radhe: Your Most Wanted Bhai with a U/A certificate. Interestingly, the film is the shortest Salman Khan film in years. Radhe is just 114 minutes long, that is, just 1 hour 54 minutes long. Salman's films usually are longer than 2 hours.

Check Out Other Details Of The Film Here: 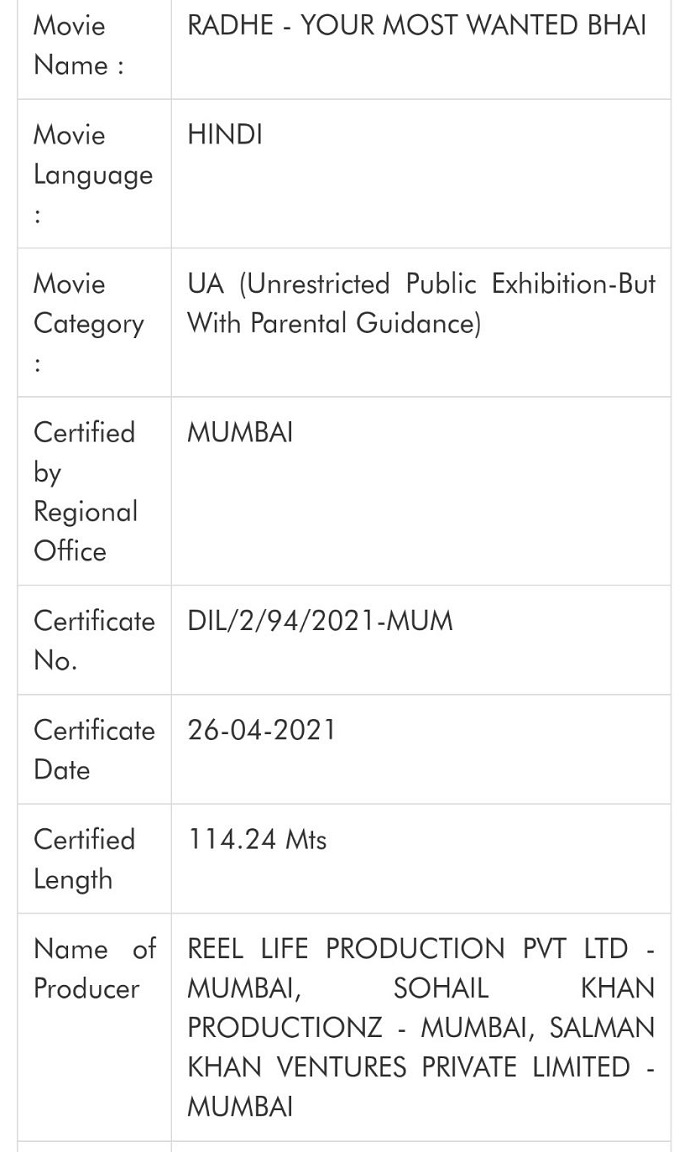