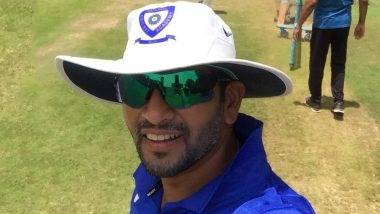 Muzumdar has a unique feat to his credit. On his first-class debut for Bombay, in a Ranji Trophy match against Haryana in Faridabad in the 1993-94 season, he scored a world record 260. This was the highest ever innings played on the first-class debut.

This was a record was, however, broken by Madhya Pradesh's Ajay Rohera in December 2018, when he scored an unbeaten on 267 against Hyderabad in the Ranji Trophy in Indore.

(The above story first appeared on LatestLY on Jun 02, 2021 10:11 AM IST. For more news and updates on politics, world, sports, entertainment and lifestyle, log on to our website latestly.com).