Australia skipper Aaron Finch has won the toss and elected to bat first against Bangladesh in ICC CWC 2019 match 26. 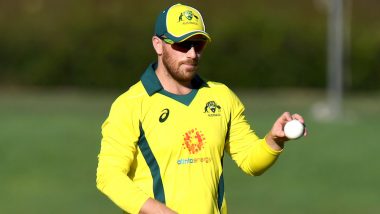 Australia have so far played five matches in the ICC CWC 2019 and began their CWC19 campaign with victories over Afghanistan and West Indies. Their only defeat came against India, in which Australia looked out of sorts. They have eight points from five matches while Bangladesh has five points from the same number of matches. Australia vs Bangladesh Live Cricket Score - 26th ODI match - Full Scorecard.

Australia looks a formidable side with the likes of Mitchell Starc and Pat Cummins giving it their all in bowling. Skipper Aaron Finch and Steve Smith have been prolific with the bat in the matches so far. Australia are among the favourites to reach the semi-finals.

Bangladesh, on the other hand, have impressed one and all with victories against South Africa and West Indies. The Tigers have won two matches and lost two from their five games. Their match against Sri Lanka was abandoned due to rain. Bangladesh are fighting for the final position for a place in the semi-finals.

(The above story first appeared on LatestLY on Jun 20, 2019 02:35 PM IST. For more news and updates on politics, world, sports, entertainment and lifestyle, log on to our website latestly.com).