Bapu Nadkarni, Former India All-Rounder, Passes Away at the Age of 86 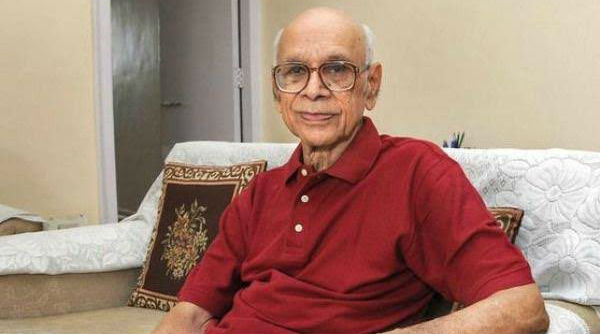 Mumbai, January 17: Former India all-rounder Bapu Nadkarni, best known for bowling a record 21 successive maiden overs in a Test match against England, died on Friday, family sources confirmed. Nadkarni was 86 and is survived by his wife and two daughters.

"He died of old-age related problems," his son-in-law Vijay Khare told PTI. Nadkarni, a left-handed batsman and slow-left arm orthodox bowler, played 41 Tests in which he scored 1414 runs and grabbed 88 wickets with 6/43 as his best bowling figures.

Very sad to hear about the demise of Shri Bapu Nadkarni. I grew up hearing about the record of him bowling 21 consecutive maiden overs in a Test. My condolences to his family and dear ones.

Nadkarni was a Mumbai stalwart having played 191 first-class matches and taken 500 wickets and scored 8880 runs. The Nashik-born Nadkarni made his Test debut against New Zealand in Delhi in 1955 and played his last Test at Auckland against the same opponents in 1968 under MAK Pataudi's captaincy.