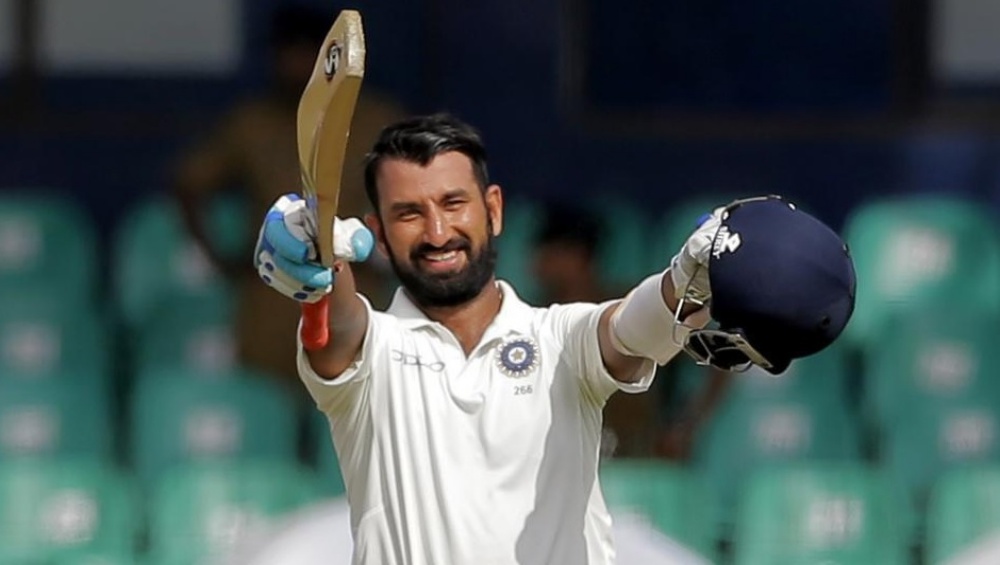 India’s modern-day wall Cheteshwar Pujara put on a splendid batting show during the Saurashtra vs Karnataka match in Ranji Trophy 2019-20. Coming to bat at number three in the first innings, the number-six ranked Test batsman didn’t put a foot wrong and went on to play a marathon knock. Pujara scored 248 runs off 390 deliveries and his guided Saurashtra to a massive first-innings total of 581/7. The likes of Shreyas Gopal and Jagadeesha Suchith were not able to pierce the rock-solid defence of the star batsman and all they faced was hammering.  Virat Kohli Retains Top Spot; Ajinkya Rahane, Cheteshwar Pujara Slip in ICC Test Rankings 2020.

By breaching the 100-run mark, Pujara brought up his 50th century in First-Class cricket and became only the ninth India to go to the prestigious landmark. At the end of first day’s play, the 31-year old was unbeaten on 162. He continued to traumatize the opposition bowlers in the second day as well and went on to muster his 13th double-ton in First-Class cricket. Well, India’s 2020 Tour of New Zealand is around the corner and Pujara’s sensational innings must provide a huge relief to the team management.

Speaking of the match, Sheldon Jackson (161) was the other centurion for Saurashtra while Prerak Mankad made a runner-ball 86 to guide his side to a massive total. In reply, Karnataka got off to a dismal start as teenage sensation Devdutt Padikkal bagged a golden duck and at stumps on Day 2, they were struggling at 13/1 with Ravikumar Samarth (6) and Ravikumar Samarth (7) being the two batsmen to be present on the crease. The duo will eye to rescue their side on the Day 3 of the clash while Jaydev Unadkat and Co will look to put the foot on the paddle and strengthen Saurashtra's grip over the encounter.