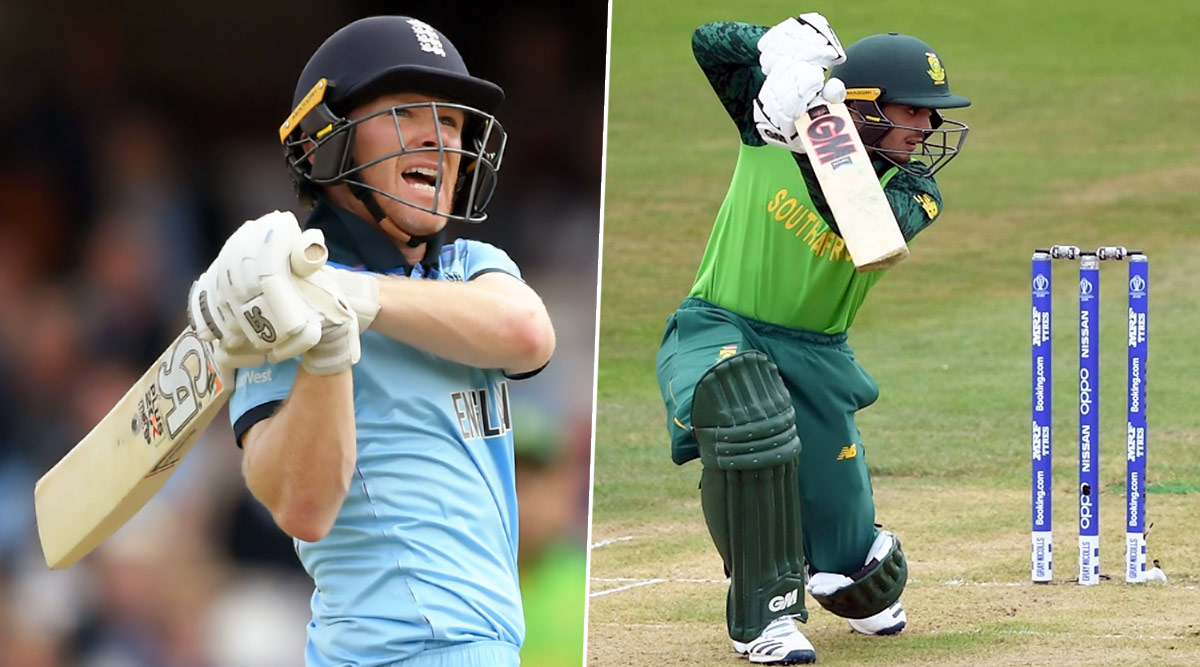 Another exciting week of cricket came to an end as fans witnessed some nail-biting encounters and brilliant individual performances on the field. England ended their three-month-long tour of South Africa on a high as they clinched the T20I series 2-1 by chasing down a mammoth total of 223 runs with five balls to spare on February 16, 2020 (Sunday). Meanwhile, India played a practice match against New Zealand XI to prepare for the Test series against the Black Caps which ended in a draw. Here are the five best individual performances from last week. Eoin Morgan Smashes 22-Ball 57 as England Win Series 2-1 vs South Africa.

It was not a good week for the Men in Blue as they were defeated in the third ODI against New Zealand on February 11, 2020 (Tuesday) and as a result, suffered their first whitewash in a three-game bilateral One-Day series for the first time since 1988/89. On the other hand, Pakistan emerged victorious in their Test match against Bangladesh and it was a historic moment as after a long time a game of international cricket was played in Pakistan. Trent Boult Returns as New Zealand Announce Squad for Test Series Against India.

England sealed the T20I series against the Proteas with a win in the final game and lot of it was down to the innings played by their captain Eoin Morgan. The 33-year-old played a crucial knock as he smashed 57 runs off just 22 deliveries as the visitors chased down a target off 223. His innings was an explosive one and included seven sixes.

In the absence of Faf Du Plessis, Quinton de Kock surely took the mantle of South African captaincy and played some brilliant knocks in the limited-overs series against England. One of such innings came in the second T20I as he scored 65 runs off 22 deliveries while chasing 205. His brilliant performance was not enough to take his side to a victory.

India are gearing up for the Test series against the Black Caps and played a practice match against New Zealand XI in which Hanuma Vihari played a brilliant knock. The 26-year-old scored a brilliant century in the first innings to help his team to a total of 263. An innings which lasted for just over four hours included 10 fours and three sixes.

The first match of the T20I series between South Africa and England was one of the most exciting ones and the visitors lost the match by a single run. Ngidi’s brilliant spell took the hosts over the line as he first dismissed Jason Roy on 70 to get Proteas back in the game and then got the wickets of Ben Stokes and Moeen Ali to take his team over the line in a close encounter.

The Black Caps completed a clean sweep over India in the ODI series as they won the third and the final game at Mount Maunganui. After batting first India set a target of 297 and Henry Nicholls played a fantastic knock to put his side in a great position. The left-handed batsman scored 80 off 103 deliveries but more importantly, he held the innings together after the wickets of Martin Guptill and Kane Williamson.