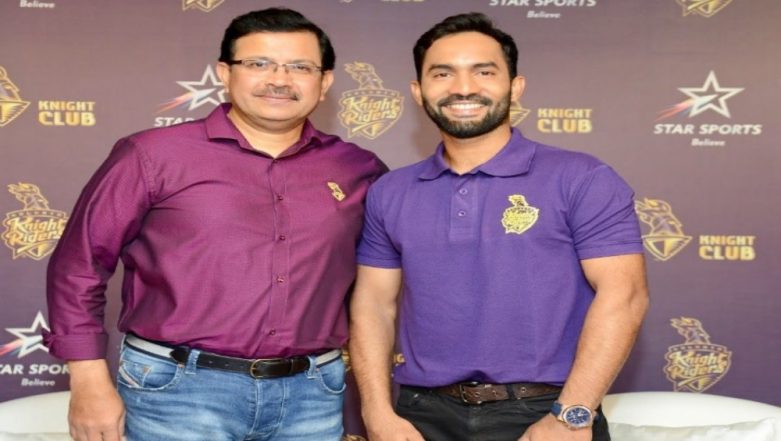 Kolkata, Feb 19: Kolkata Knight Riders CEO Venky Mysore on Tuesday said that the IPL teams are yet to receive any guidelines on workload management from the BCCI with regards to World Cup hopefuls, asserting that the issue may not arise due to a three-week gap between the two events.

KKR has Kuldeep Yadav and Dinesh Karthik in their roles with the former certain to be a part of India's World Cup squad.  "We have not heard any such thing from them (BCCI). The tournament is finishing early enough. If May 12 is the final and India plays its first game on June 5, I think there is enough of a gap. But we have not had any such guidance or instruction," IPL 2019 Schedule in PDF: Download VIVO Indian Premier League 12 Full Timetable With Fixtures, Matches, Team and Venue Details.

Mysore said on the sidelines of the Mayors Cup at Eden Gardens here. Mysore's statement came after national senior selection committee chairman MSK Prasad had recently said that the BCCI is in talks with various IPL franchises to manage the workloads of 18 core players.

The IPL begins on March 23 in Chennai with defending champions Chennai Super Kings taking on Royal Challengers Bangalore, while the World Cup will be held in the United Kingdom from May 30 to July 14.

Asked what will be his stance if the BCCI passes such a guideline, Mysore said: "It's a hypothetical question to be honest. I don't think it will arise. The cricketers feel that it is always better to play competitive cricket than having net sessions." "The way it plays out, the final is only for two teams on the 12th. So it's not like that everyone will be involved for so long. It depends on which teams make it all way. I think its all going to work out well."

Besides Mysore, KKR skipper Karthik and head coach-cum-mentor of the academy Abhishek Nayar was also present during the prize distribution ceremony. Due to the general elections, the IPL games this time might take place at neutral venues as the BCCI might have to do away with the home-and-away format, and Mysore said there is a "strong possibility" of that happening.

"There is a strong possibility of that. From what I hear, they want to have the whole tournament in India. So it could be that there are neutral venues in India rather than neutral venues outside and we are happy with that. It is a different year. "Let's hope somehow the dates will work out in a way that we have as many games as possible at the Eden Gardens," he said.

He hinted that the pre-tournament camp of KKR will start at the second week of March. "We are still trying to figure it out because a lot of it depends on player availability," he said. "Players have different domestic and international commitments. Ideally, we target at least 10 days before the start of the tournament. So it can (tentatively) be 12th or 13th of March," Mysore said.