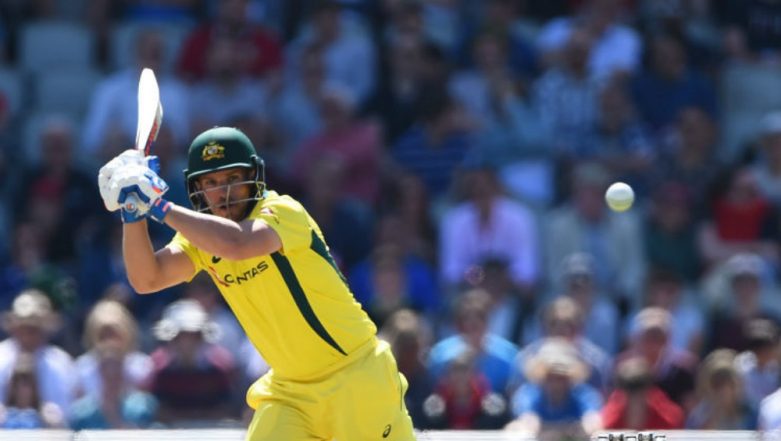 Brisbane, May 10: Aaron Finch believes that Australia's experience of winning the World Cup in the previous editions would be a big advantage for his team when they begin their title defence in England and Wales.

"I think it's a big advantage, just to know what it takes to win a World Cup and what it takes to manage your way through a campaign which can be difficult," Finch was quoted as saying by ESPNcricinfo. Australia Squad for ICC Cricket World Cup 2019: Here’s a Look at Australian Team’s Expected 30-Man Players List for the Mega Event in England.

"You have to be at your best at the business end but you can't afford to let anything slip at the start. Six guys who have been there and done that will give a lot of experience to the others of what to expect, what to feel walking out there because it is different," he added.

A few months ago, Australia were not counted among the favourites for the tournament but have been in good form recently. The series win in India, then against Pakistan in the United Arab Emirates and the return of Steve Smith and David Warner have boosted the side and the Men in Yellow seem to be in good shape to defend the title.

"When you talk so much about it, when it finally happens it's a relief to be looking forward. The fact everyone is together and getting on great, the boys are pumped to ramp up the preparations. It really is the time of your life at the World Cup so that will be awesome," said Finch while talking about the team's preparation.

Both Smith and Warner, who have returned to the national team after serving their bans, have shown form just ahead of the quadrennial event, which is a huge confidence booster for Australia. While Warner scored 692 runs in IPL, Smith scored consecutive half-centuries in the last two warm-up games against New Zealand XI.

"They are two of the best players in the world which is valuable to have at your disposal," Finch said while praising Smith and Warner.

"The boys have been brilliant. All the work off the field with the team has been great. It's an interesting time, no doubt, when they are coming back in but still a great opportunity for everyone to learn off them as well. They have so much experience and what they (Warner and Smith) bring to the group is really valuable," he added. Australia will begin their World Cup campaign against Afghanistan on June 1 at Bristol.