India vs England 1st ODI 2022, London Weather Report: Check Out the Rain Forecast and Pitch Report of The Oval

Rohit Sharma's India will be high on confidence after beating England in the T20I series. The two sides would now compete in a three-match ODI series, the first of which begins on July 12. 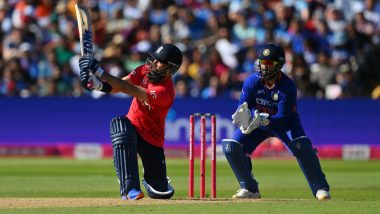 Action during the 3rd T20I between India and England (Photo credit: Twitter)

After a highly-entertaining T20I series, India and England would now carry on their rivalry in the three-match ODI series, the first of which gets underway on July 12, Tuesday. The match would be played at The Oval in London and is scheduled to begin at 5:30 pm IST (Indian Standard Time). The visitors would be high on confidence after having won the T20I series 2-1. India won the first two matches and came close to pulling off a whitewash in the third game, which they lost by just 17 runs. With a lot of confidence and momentum in their stride, they would hope to do well in the ODIs too. Virat Kohli Sustains Groin Strain, Likely To Miss India vs England 1st ODI

England on the other hand, managed to pull one win back in the final T20I after batting failures cost them the first two matches. New skipper Jos Buttler would be keen on starting his reign as full-time ODI skipper on a high. Ahead of the game, let us take a look at how the weather and pitch would turn out to be in the 1st ODI. 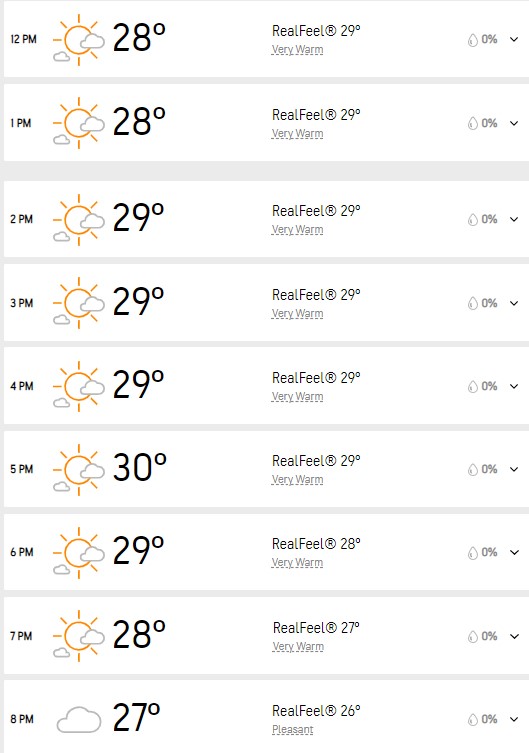 Expected weather in London at the time of IND vs ENG 1st ODI (Source: Accuweather)

According to this, the weather would be alright for a good game of cricket, which gets underway at 12:30 pm local time.  Much like the T20Is, the weather is not expected to create any interruption in the game. The temperature would range from 27-30 degrees celsius and one can also expect little or no humidity.

The pitch at The Oval is a flat one and can be expected to produce a high-scoring clash. Batters would have a lot of value for all the shots they play in this match and would like to make the most of field restrictions. Spinners might have some turn, on offer as the pitch gets worn out.

(The above story first appeared on LatestLY on Jul 11, 2022 09:42 PM IST. For more news and updates on politics, world, sports, entertainment and lifestyle, log on to our website latestly.com).