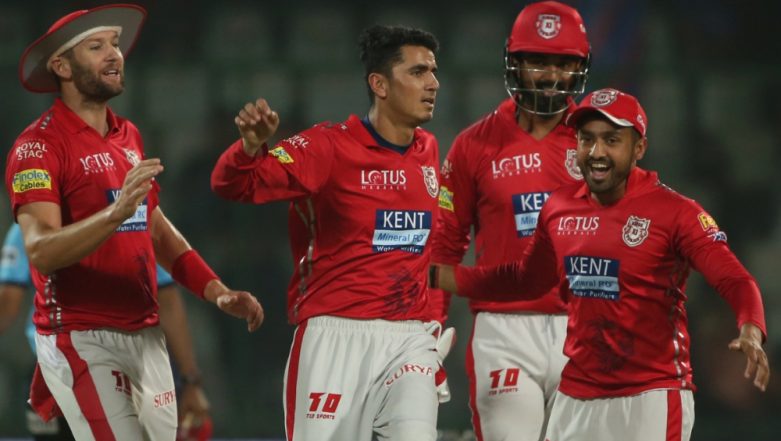 New Delhi, May 3: With the Supreme Court-appointed Committee of Administrators (CoA) disbanding all sub-committees of the Board of Control for Cricket in India (BCCI) except for the selection committee and the Cricket Advisory Committee (CAC), the IPL Governing Council was also disbanded. Kings XI Punjab Could Face Suspension From IPL After Ness Wadia Fiasco: BCCI.

That saw the formation of the IPL management team to look into the smooth functioning of the 12th edition of the Indian Premier League. And the team has decided to look into the Ness Wadia fiasco and its impact on his team Kings XI Punjab. Speaking to IANS, sources in the know of developments of the CoA meeting in Mumbai on Friday said that the IPL management group has agreed to keep track of the Wadia fiasco and update the CoA subsequently.

"They are looking into the whole matter and will track the developments before updating the three-member CoA on the same," the source said.

As per the IPL Operational Rules accessed by IANS, clause 14 of section 2 of the IPL Operational Rules state that each person subject to the operational rules shall not, whether during a match or otherwise, act or omit to act in any way which would or might reasonably be anticipated to have an adverse effect on the image and/or reputation of any Team, any Franchisee, any Player, any Team Official, the BCCI, the League and/or the Game or which would otherwise bring any of the foregoing into disrepute.

It further state that the ombudsman and the commission may suspend a team or franchisee from the league if any person representing the team/franchise breaches clause 14 of section 2. Ness Wadia Sentenced for 2 Years In Jail In Japan for Possession of Banned Drugs.

The rules of the tournament say that the matter is required to be first sent to the commission for investigation and the commission will then forward its finding to the BCCI ombudsman.