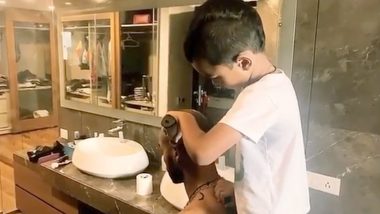 With many major cricket activities being paused amid the COVID-19 break, several players are enjoying a gala time with their family and swashbuckling Indian opener Shikhar Dhawan is also one of them. The left-handed batsman has been quiet on social media and is constantly sharing photos and videos from his daily-life activities. Recently, the southpaw took to Instagram again and shared a story in which his son Zoravar can be seen shaving his head with a trimmer. Well, fans must be well aware of the fact that Dhawan doesn’t like too many hairs on his head which would have made Zoravar’s job easier. Like Father, Like Son: Shikhar Dhawan Shares Picture of His 'Duplicate' Zoravar.

“Fresh look thanks to headmaster Zoraver,” Shikhar Dhawan wrote along with the video. Just like many other cricketers, staying away from the game would have been difficult for Dhawan too. However, he has been engaging himself with several fun activities with his little kid. Meanwhile, let’s look at how Zoaravar groomed his father. Shikhar Dhawan and Son Zoravar’s Volcano Experiment Will Give You Major Father-Son Goals.

Shikhar Dhawan Gets Hair-Cut from Zoravar!! 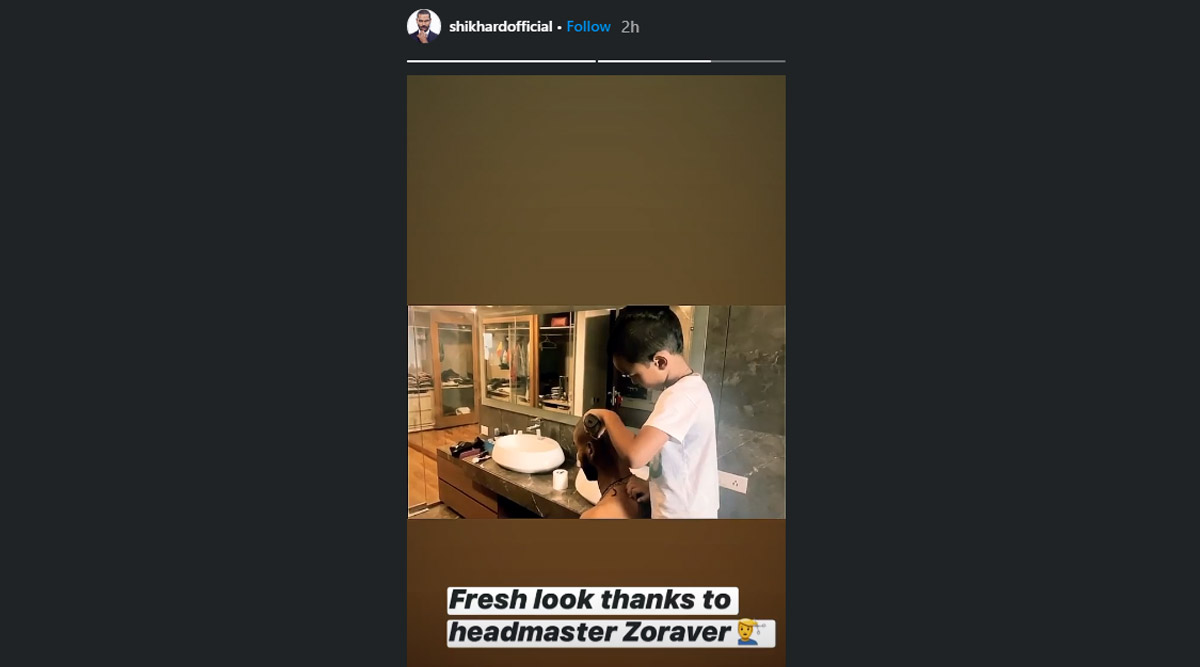 On previous occasions too, Dhawan has posted many videos with his little son. Courtesy Instagram, fans have seen the father-son duo dancing, doing home experiments, playing cricket and doing many other interesting activities. As BCCI president Sourav Ganguly has made his crystal clear that the Indian players will not resume practice at least before August, Dhawan will get a lot more time to spend with his little boy.

Meanwhile, International cricket has been resumed after 117 days with the first Test match between England and West Indies at the Rose Bowl in Southampton. However, the game is being played with many different rules which were imposed by ICC due to COVID-19 scare.

(The above story first appeared on LatestLY on Jul 09, 2020 02:13 PM IST. For more news and updates on politics, world, sports, entertainment and lifestyle, log on to our website latestly.com).